My Week on Orleans Street 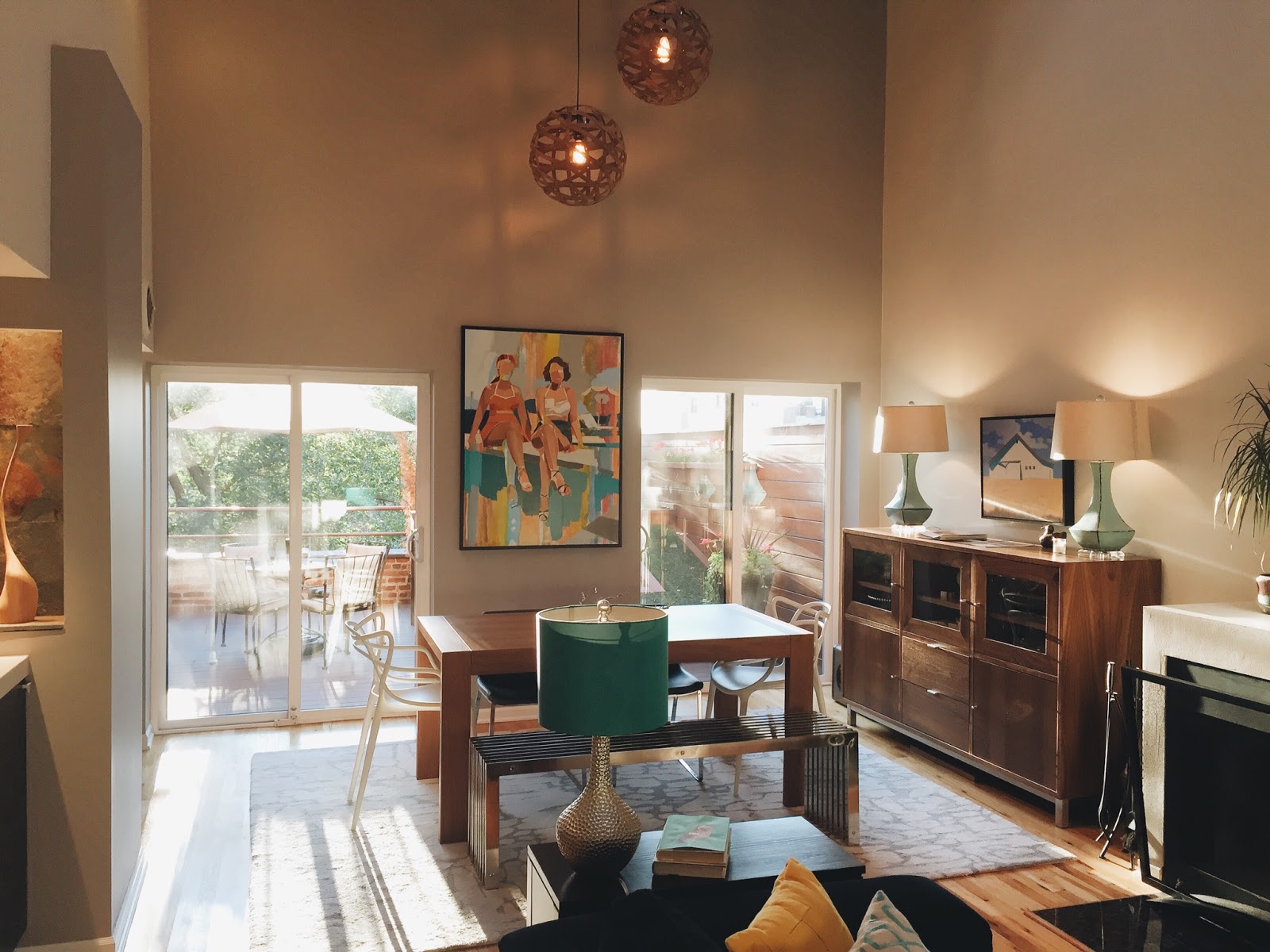 Monday
My Old Town listing hit the market on September 14th, and I shared the news on social media right away. The feedback was instantaneous: Friends (and friends-of-friends) were contacting me about the property, as well as plenty of fellow realtors. I received tons of showing requests, and by the time I went to sleep that night, I knew I had a hot listing on my hands. 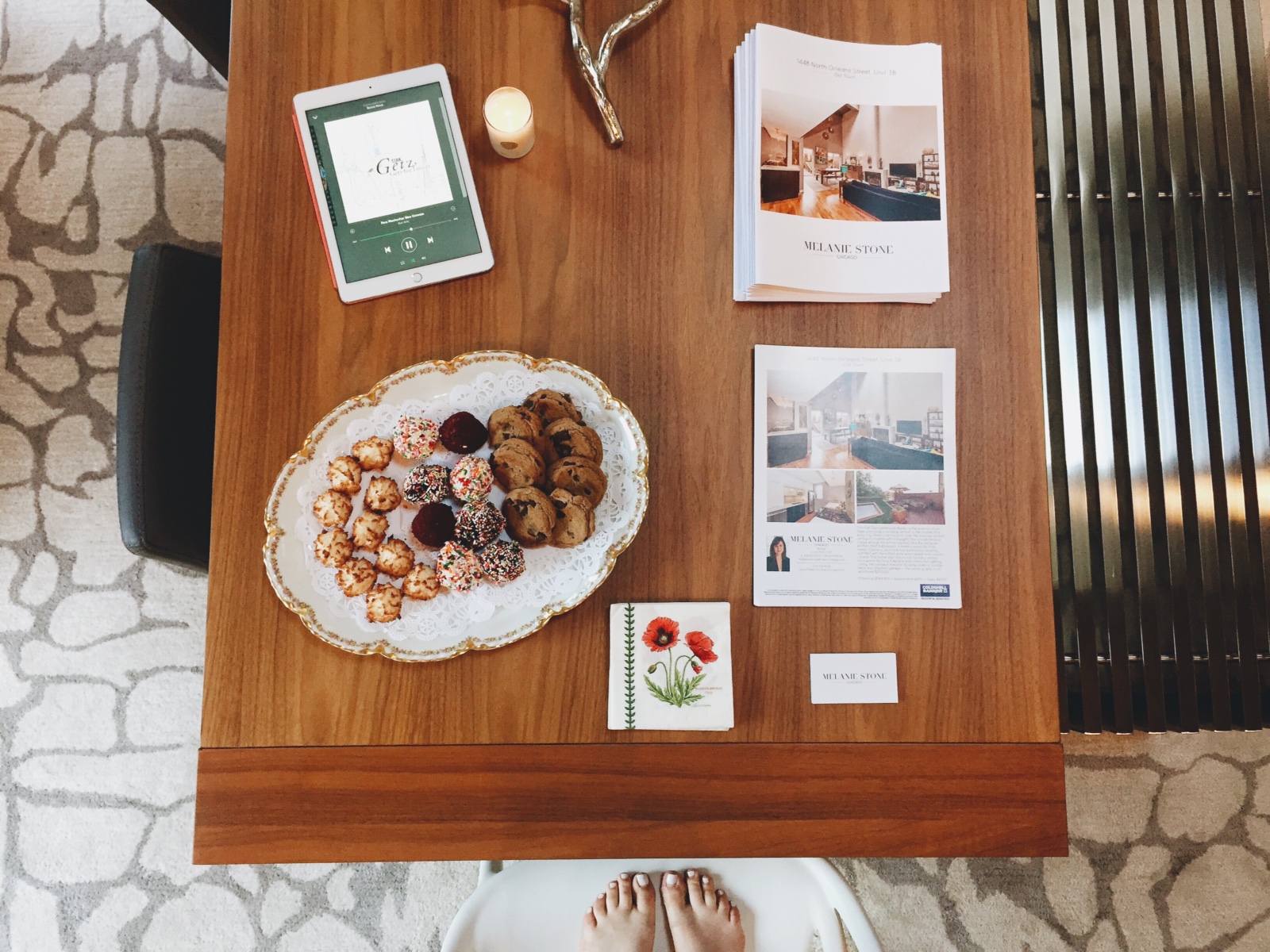 Tuesday
For my broker’s open house, I put together a platter of treats from Plum Market: chocolate-chip cookies, coconut macarons and the cutest little cake balls. I played the soundtrack of Something’s Gotta Give (because French music seemed fitting) and opened the sliding doors. Sunlight poured in, and so did the realtors. Some came alone, and some brought clients — everyone marveled at the space.

Wednesday
The first offers came in.

Thursday
It started storming while I was en route to the building for private showings, but that didn’t seem to deter any buyers. By happenstance, they all arrived at the same time, so it felt more like an impromptu open house. The sweet sounds of bossa nova filled the space (thanks, Spotify) and the kitchen smelled heavenly — my sellers had conveniently left a plate of homemade oatmeal raisin cookies on the stove.

Friday
I must watch way too much Million Dollar Listing, because on Friday morning, an idea was born. I reached out to someone in my business networking group, and he connected me to an impressive pianist named Maxx. On a whim, I hired him for the weekend of open houses, all the while praying for sunny skies.

Saturday
The big day had arrived. I was up at the crack of dawn to buy wine, glasses and ice. This open house was going to be more than just an open house — it would be an event. Maxx arrived with his keyboard, and he set up on the private deck, playing jazz songs from my favorite crooners. I served white wine and rosé, and my lender, Chris, helped me talk to each visitor. It was a lavish affair, and the weather couldn’t have been more perfect. 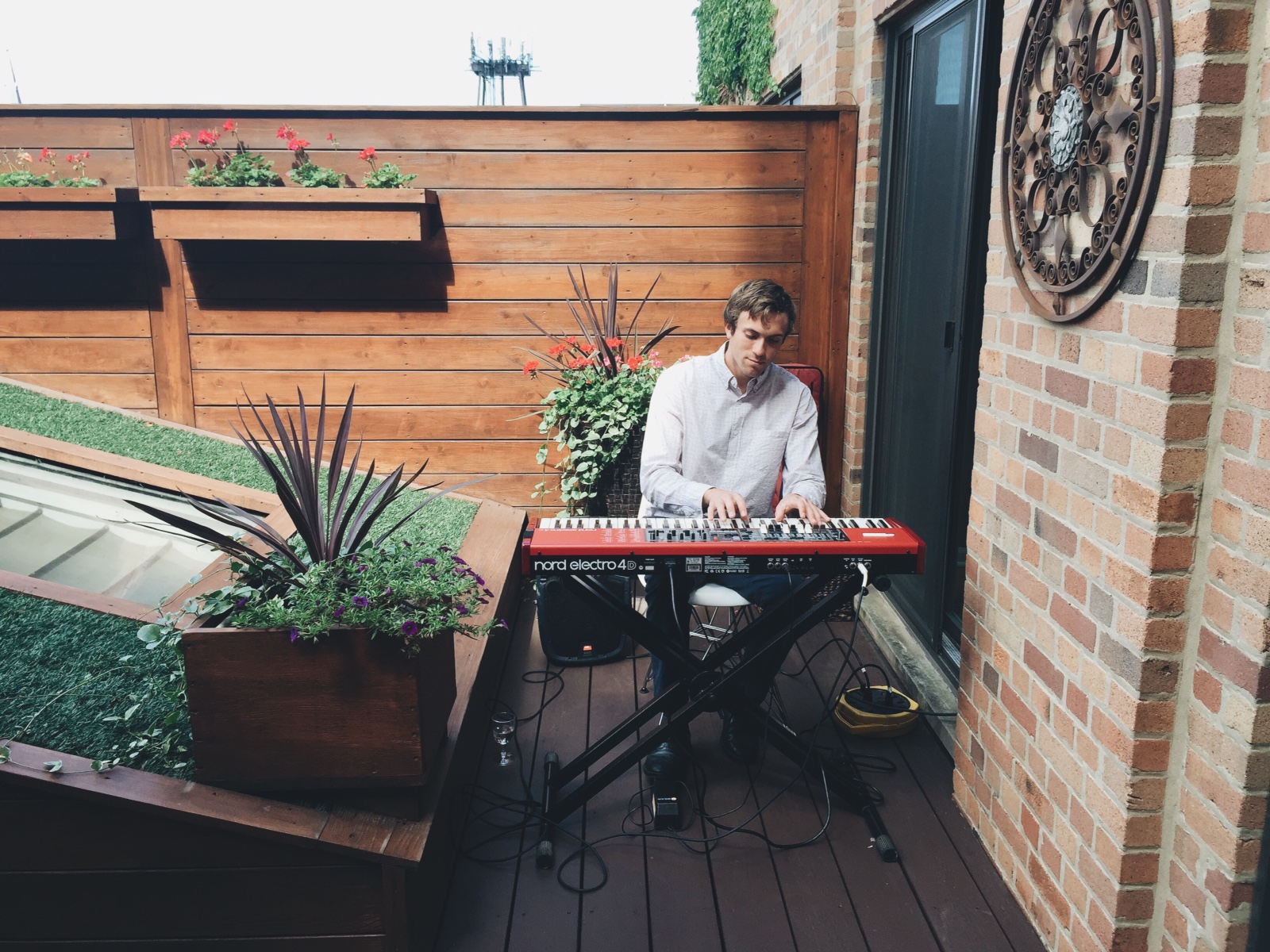 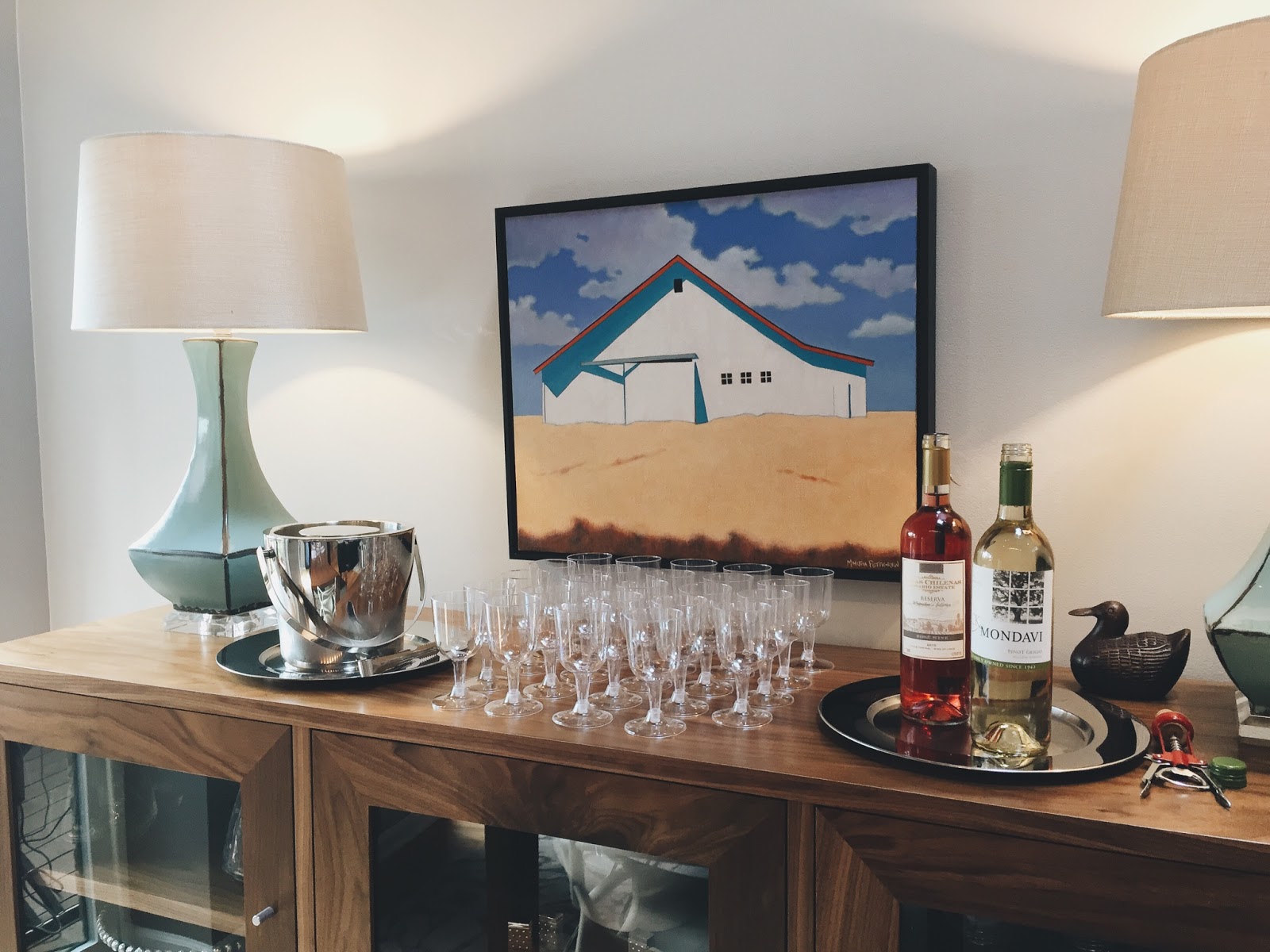 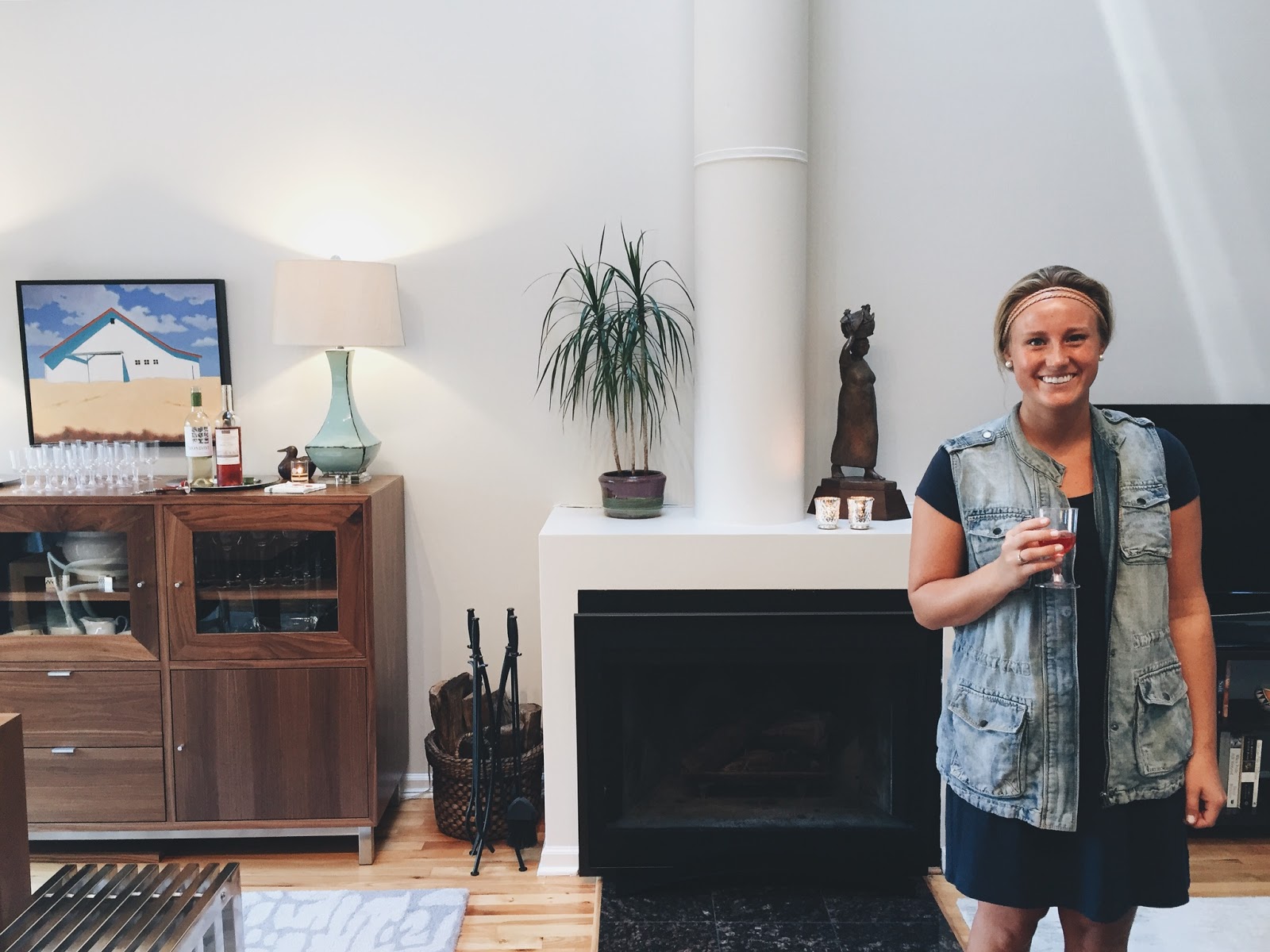 Sunday
After another booming open house, my sellers and I called for highest and best offers by 6 o’clock that night. There were so many to choose from, and soon after the deadline, we were officially under contract.

It was a whirlwind week on Orleans Street, but bringing those offers to my sellers made it absolutely worth it. Now, we sail through to closing day.