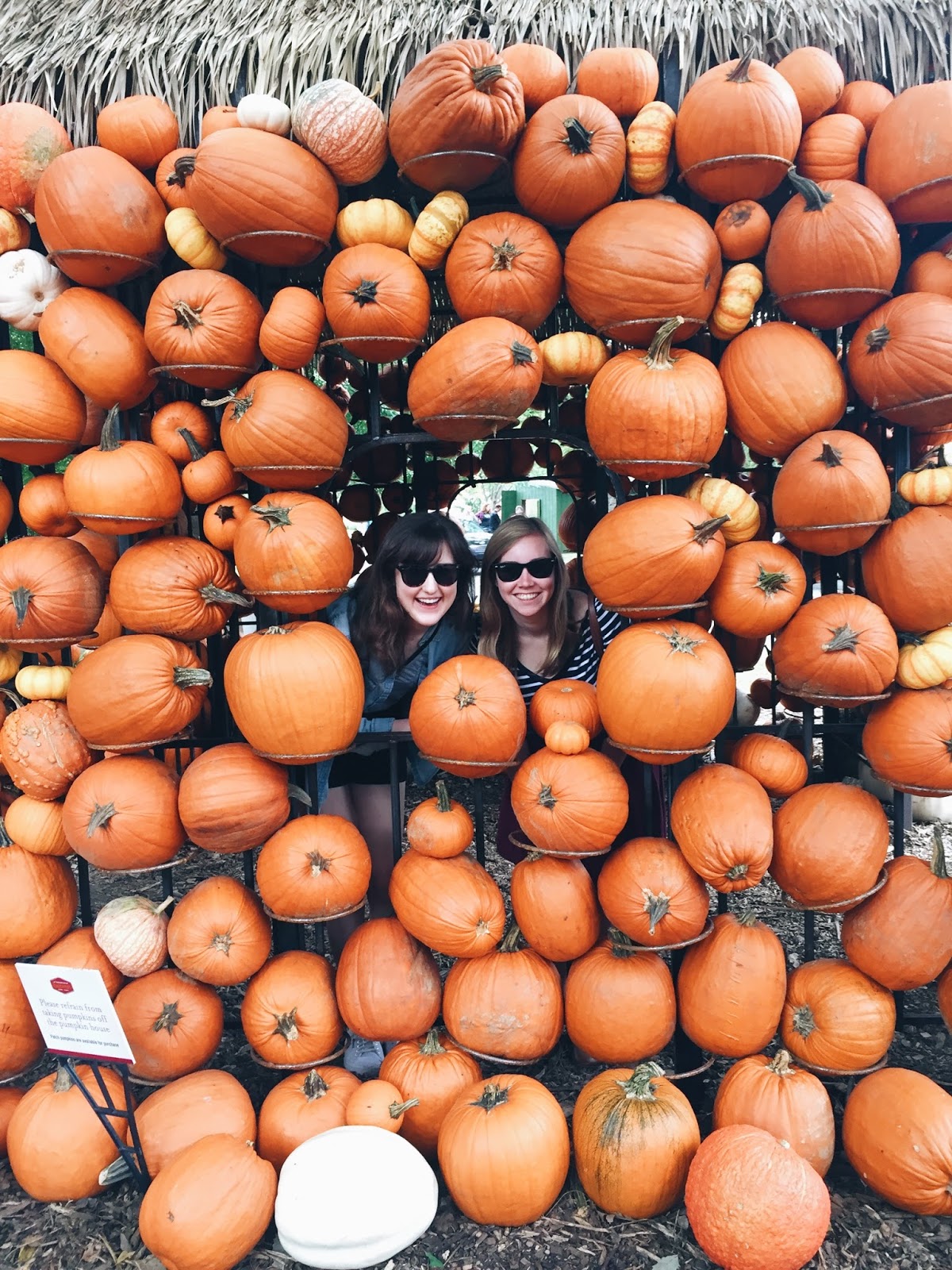 Sarah and I have known each other for a little more than two years. We met in small group at Park Community Church, and she became my client a few months later when I helped her find a place in Lakeview. Our first friend date was at Sheffield’s. We drank Vander Mill Cider and discovered just how much we had in common.

At that time, we were both living in Lakeview, and the adventures were plentiful: walking through the McDonald’s drive-thru, making up synchronized dances in Lake Michigan, hanging out at Ave Tav and much more. We took a trip to Disney World last October, and we’ve driven to every church retreat together. This year, I moved from Lakeview to the Gold Coast, and Sarah followed — she now lives just a few blocks away from me, and I see her constantly. It’s the dream.

We decided it was time for another vacation, and Nashville had been at the top of our list for a while. I have a few friends there, and Sarah used to live in Franklin. Boldly, we committed to the first weekend of October — she sent me a Gcal invite, making the trip officially official. On the windiest Chicago morning, I picked her up and we set off for our seven hour drive to Tennessee.

I’m not the best at road trips. I make constant stops — for the bathroom, for a Diet Coke, for an apple — and can’t listen to a song for more than 45 seconds. This slowed us down. We rolled into Nashville around 8 o’clock on Friday night, and we drove straight to my childhood BFF’s condo in Green Hills. Kaissling and her older sister, Katherine, own the most glamorous bachelorette pad I’ve ever seen, and they were generous enough to host and entertain Sarah and I that night. 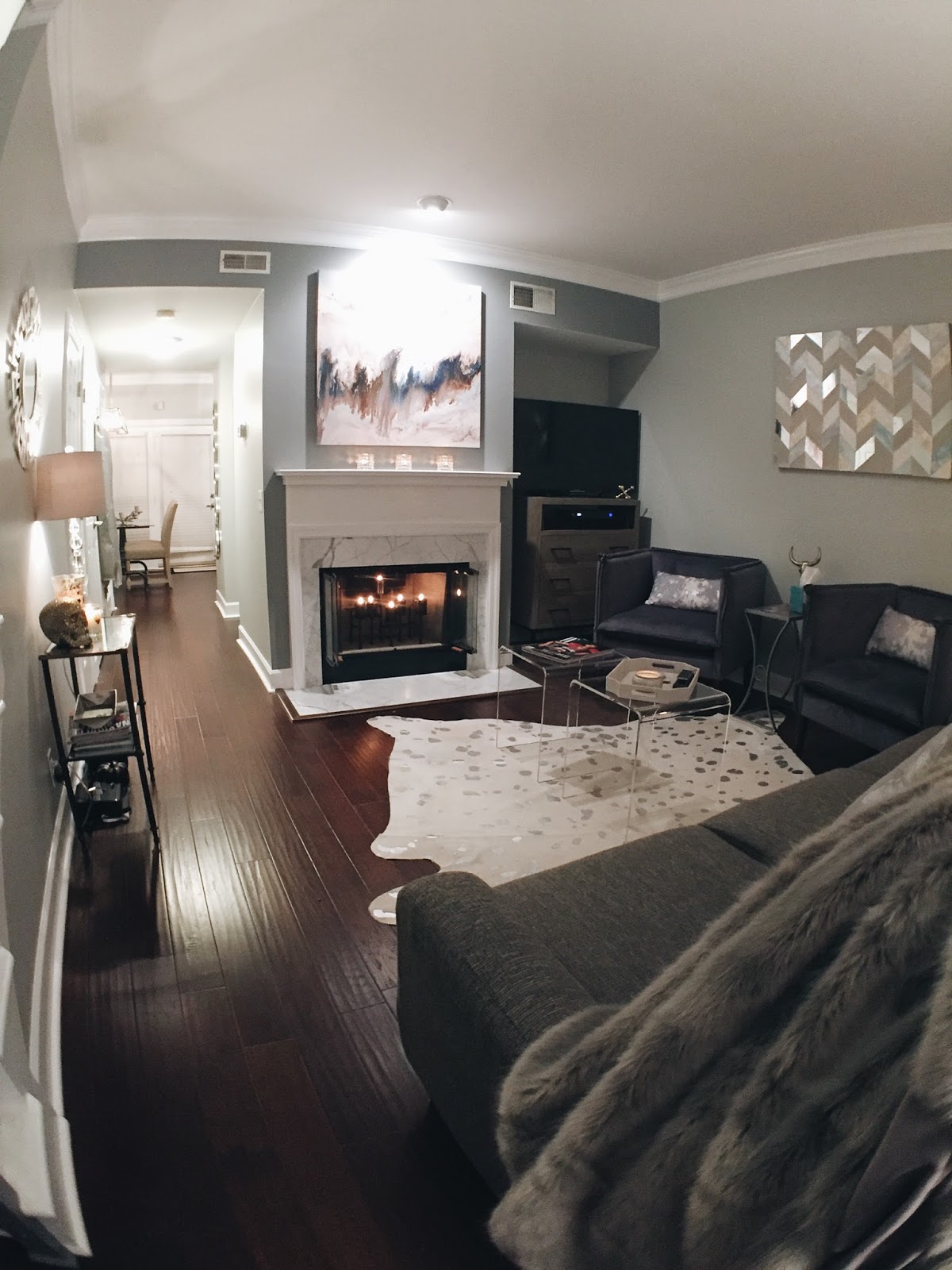 We ubered to The Gulch, an impossibly cool neighborhood full of beautiful people and trendy restaurants like Saint Añejo — we caught up over creamy queso and house margaritas while waiting for a table there. Kaissling and Katherine only lived in Hinsdale for a few years, but somehow, my relationship with them has not changed since elementary school. Those two are still the same hilarious and giggly girls that I grew up with. Their laughter is infectious, and it was such a joy to see a slice of their lives. 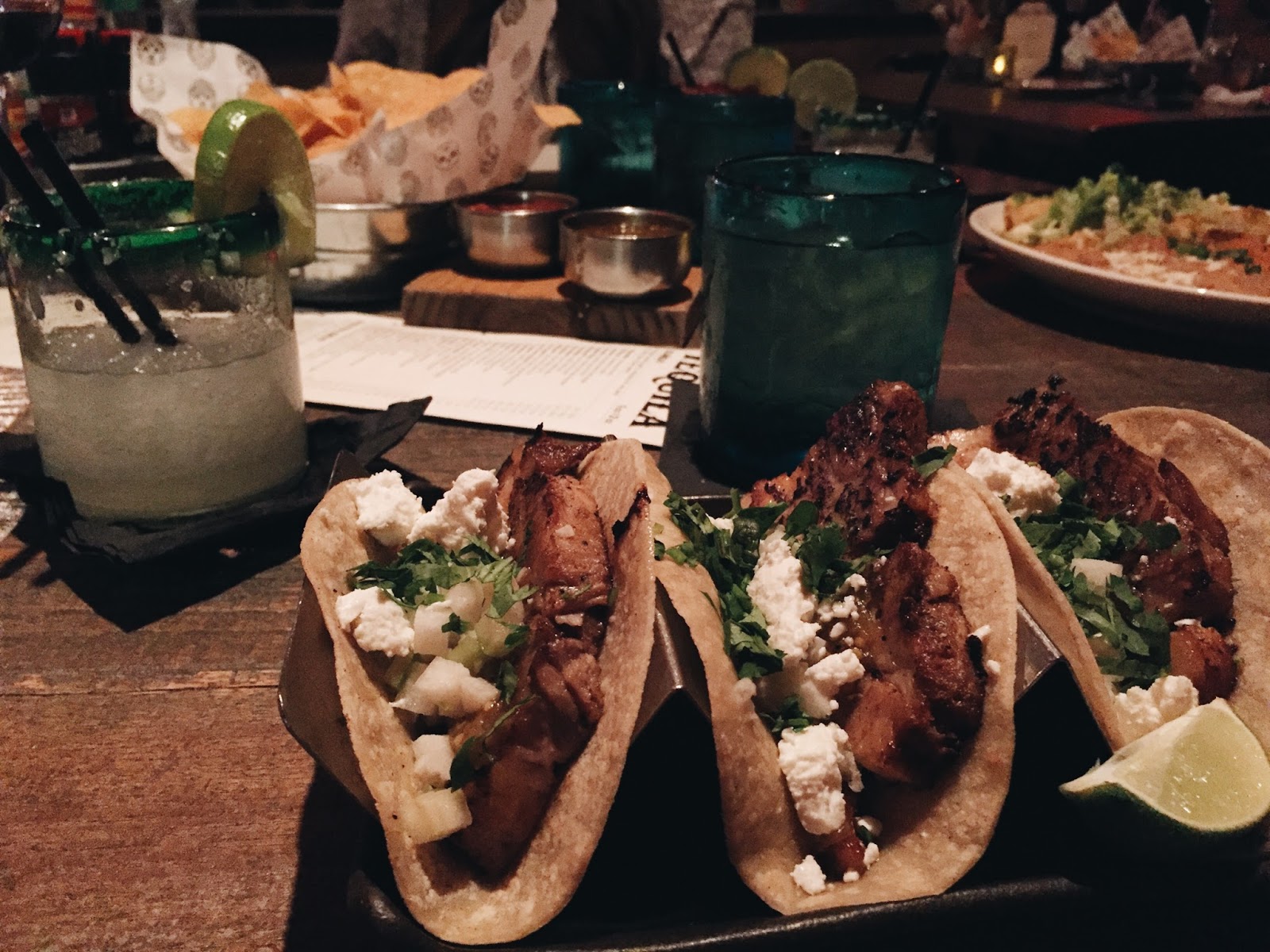 After dinner, they took us to Broadway, Nashville’s iconic thoroughfare. Their go-to place is Acme Feed & Seed, a four-story bar with a different vibe on every floor. Outside, a line snaked halfway down the street, but Kaissling and Katherine marched right up to the bouncer for hugs and a brief heart-to-heart. We cut the line, ordered four Mule Kickers (read: adult slushies) and went straight to the rooftop. Sarah and I looked at each other with wide eyes — we were out with Nashville Royalty.

The next morning, Sarah and I said goodbye to the girls and headed to 12 South. Our Saturday plan wasn’t much of a plan — we knew we wanted coffee, but other than that, we were up for anything. We stopped at the Frothy Monkey for breakfast, and we could not help but marvel at the sweet little coffeehouse. We saw lots of flannel, floor-length sweaters and boots galore. After caffeinating, we drove to Belle Meade for a little real-estalking (in true MSC fashion). 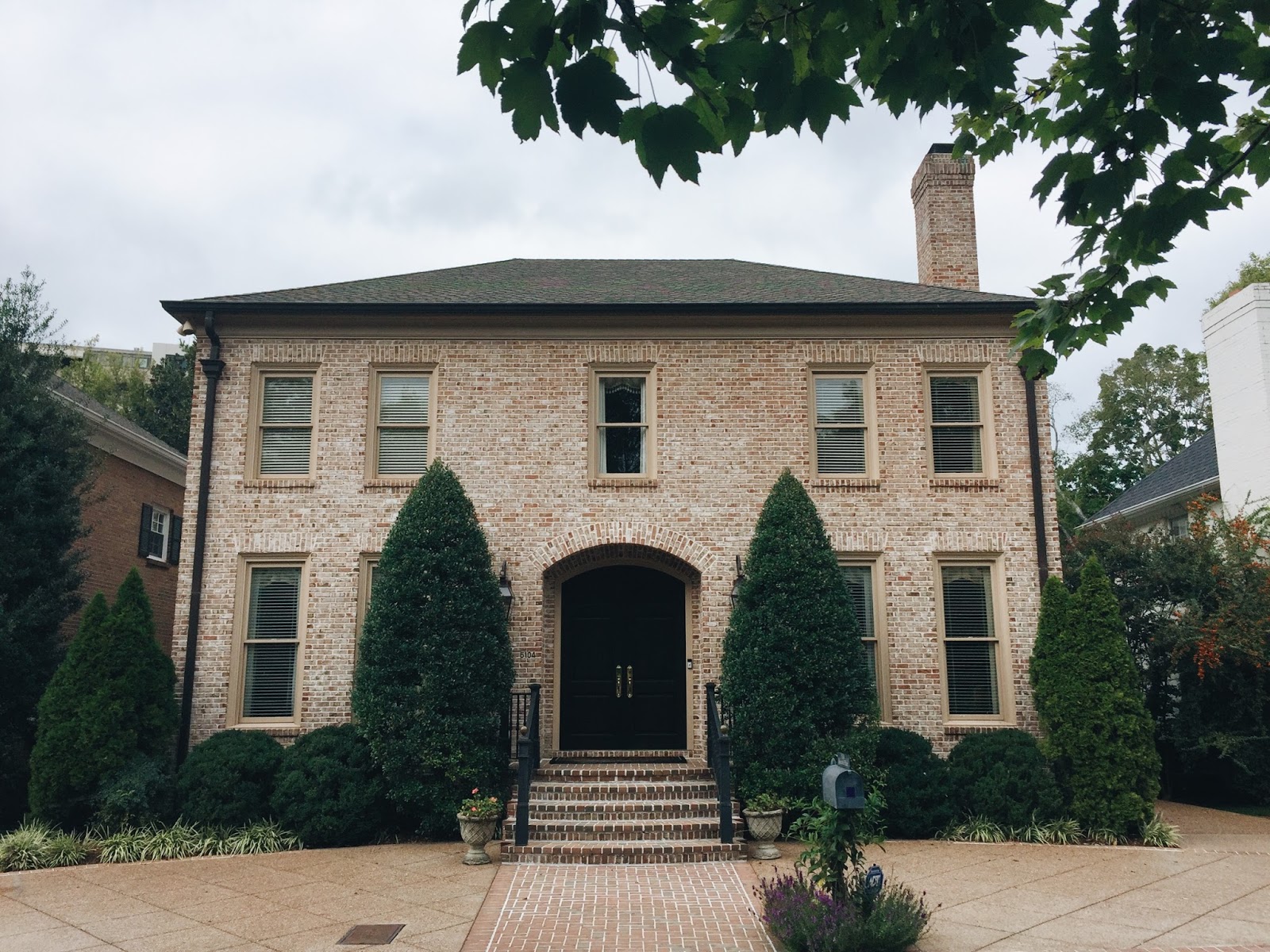 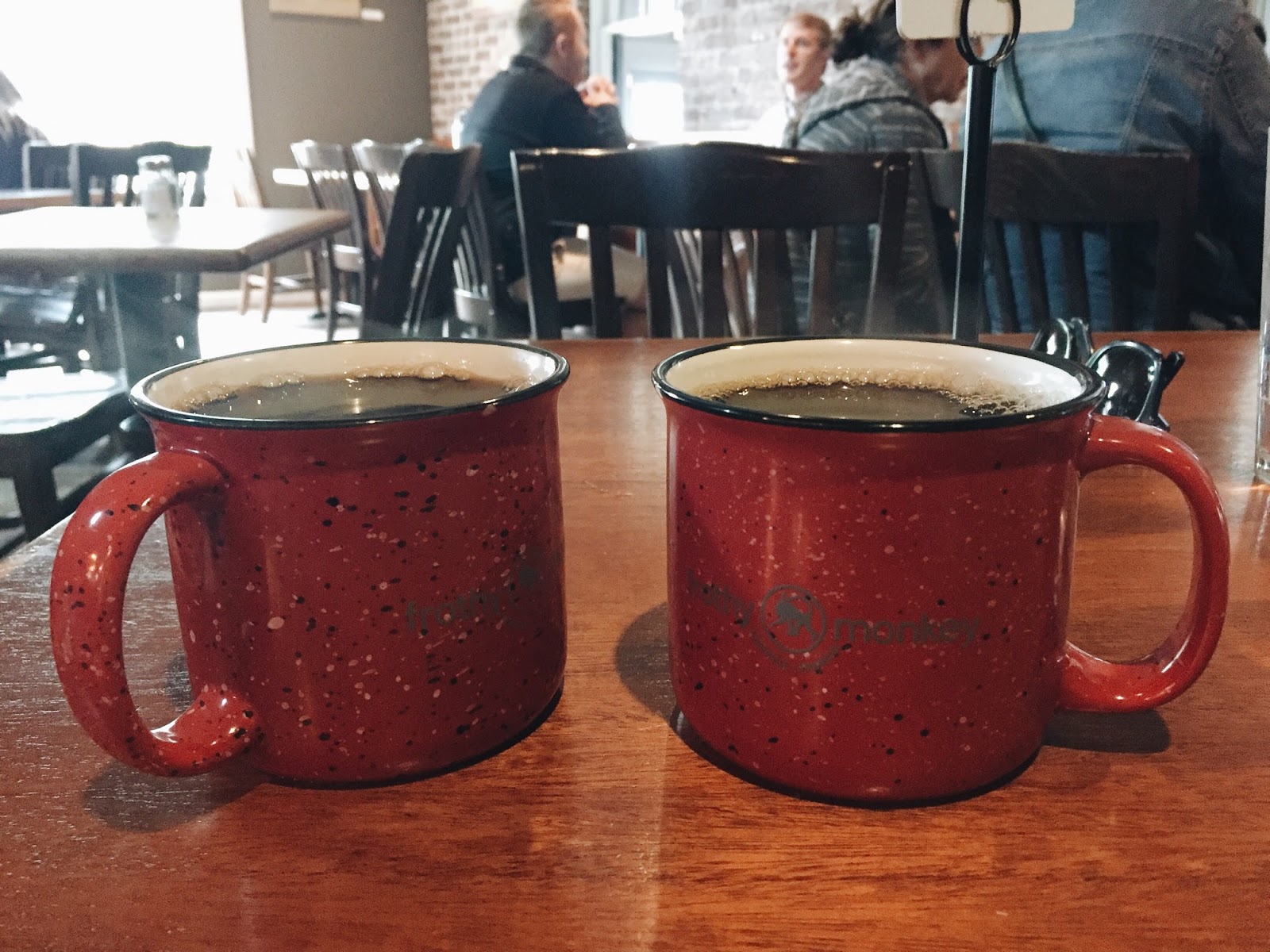 We spent the early afternoon hours at Cheekwood, a glorious garden that happened to be hosting a fall festival. It was the most wonderful way to spend the first day of October. There was a bluegrass band, kids playing bags and a tiny house made entirely of pumpkins. One of my best friends, Maggie, recently moved to Nashville — she met up with us at Cheekwood with a friend in tow. We explored the grounds, sipping our Oktoberfest beers and enjoying the ease of the day. 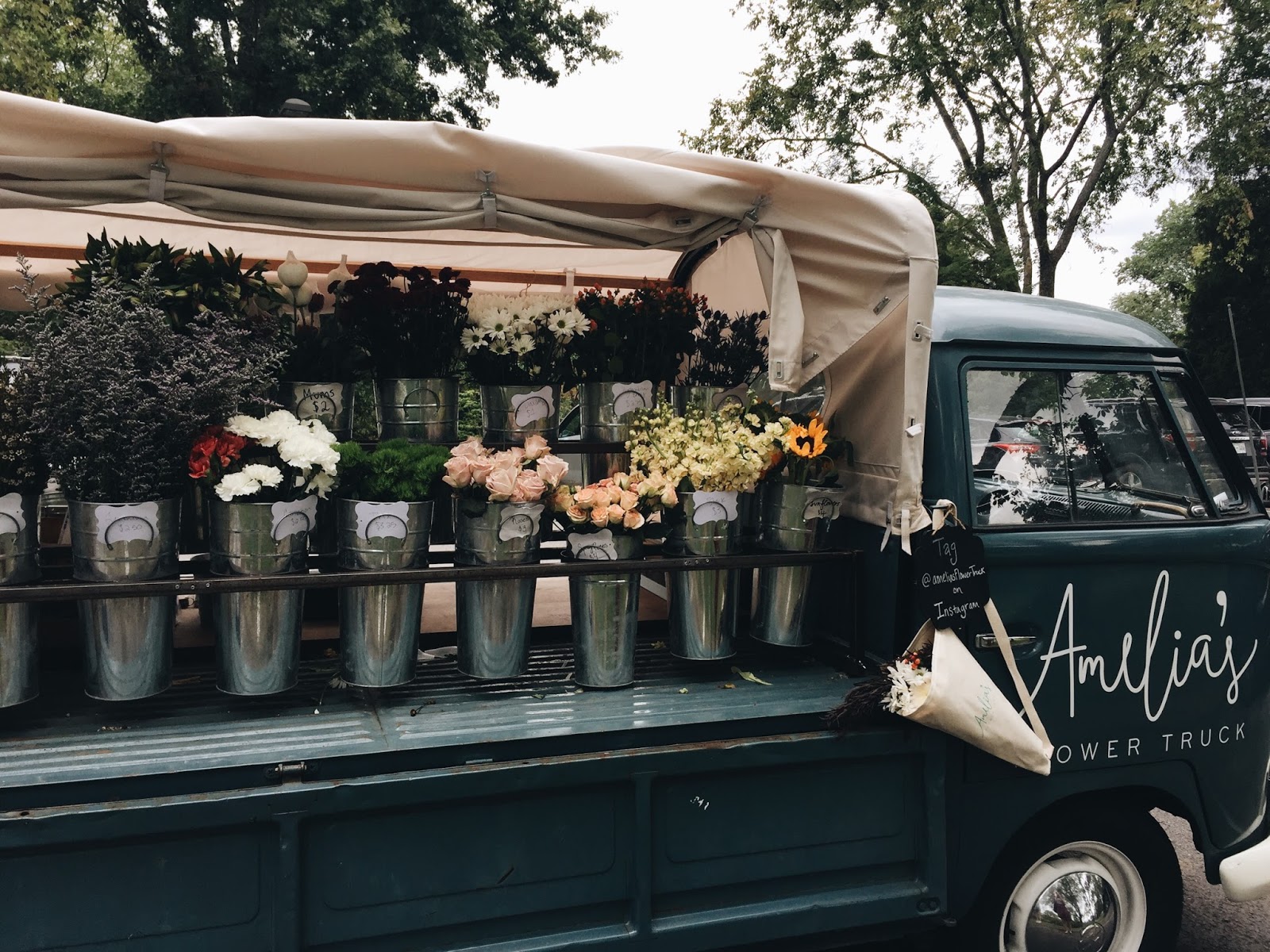 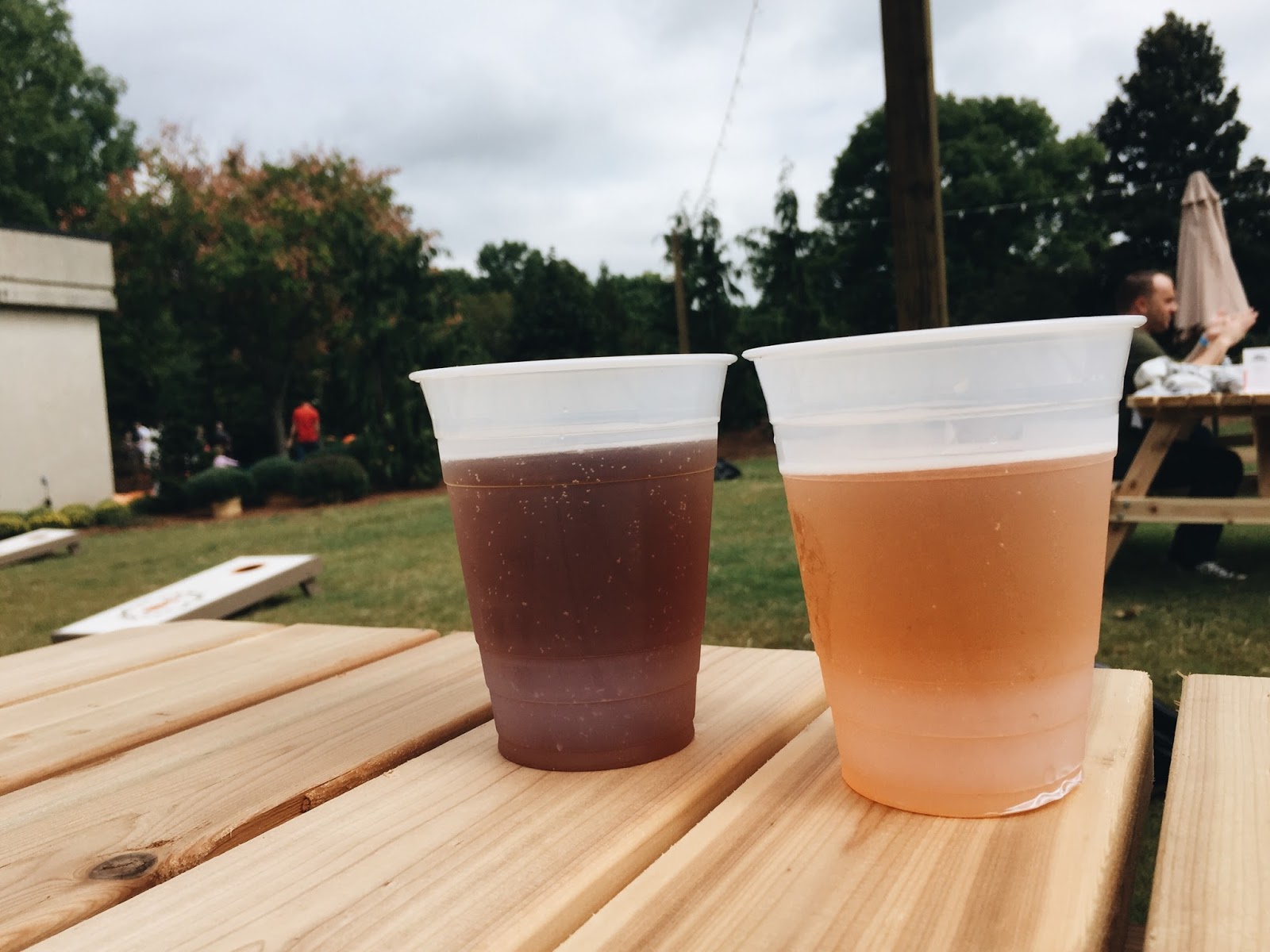 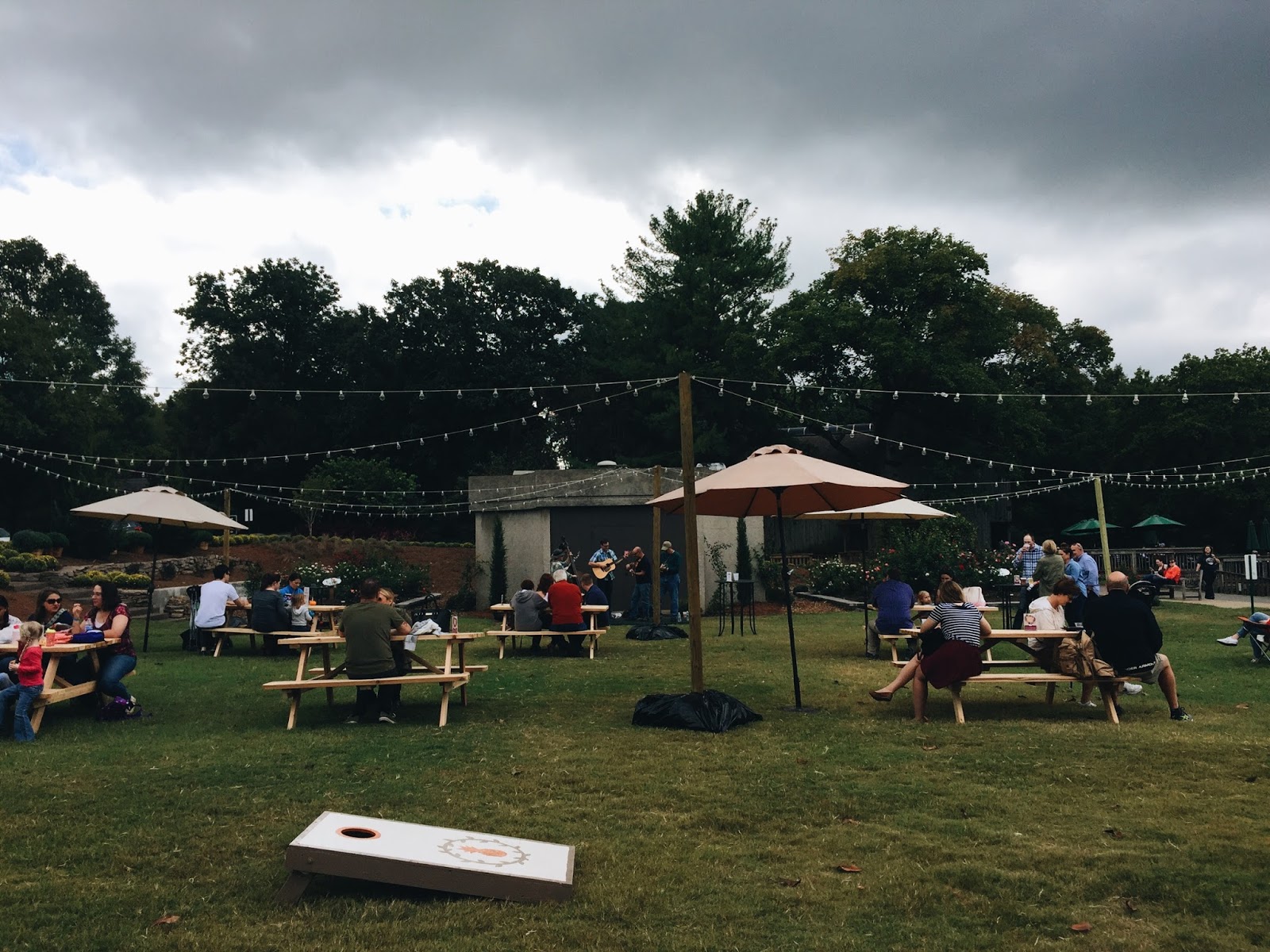 Sarah and I are quite similar. At home, our favorite activity involves wine, HBO and our laptops. On a trip, our itinerary is equally relaxing. (Sound familiar?) We finished our drinks and decided to go check into our Airbnb for a few hours of recharging — ourselves and our devices.

The house was a heart-stopper: a bright yellow front door, Edison-style lighting, exposed kitchen shelving, white subway tile and rustic decor. Our room was upstairs, tucked away and cozy. I had to resist from Snapchatting every single detail. Oh, and the back door was pink. 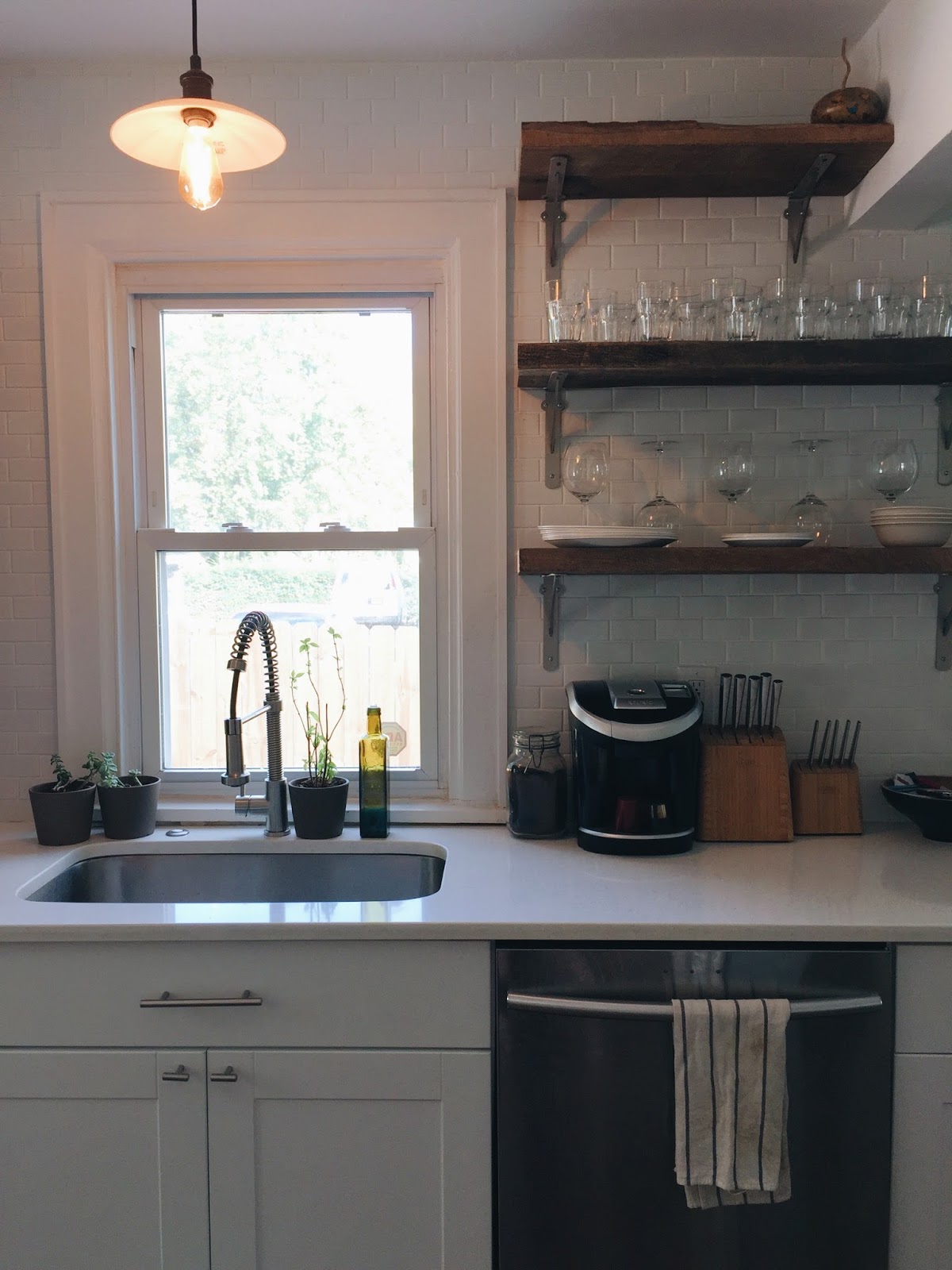 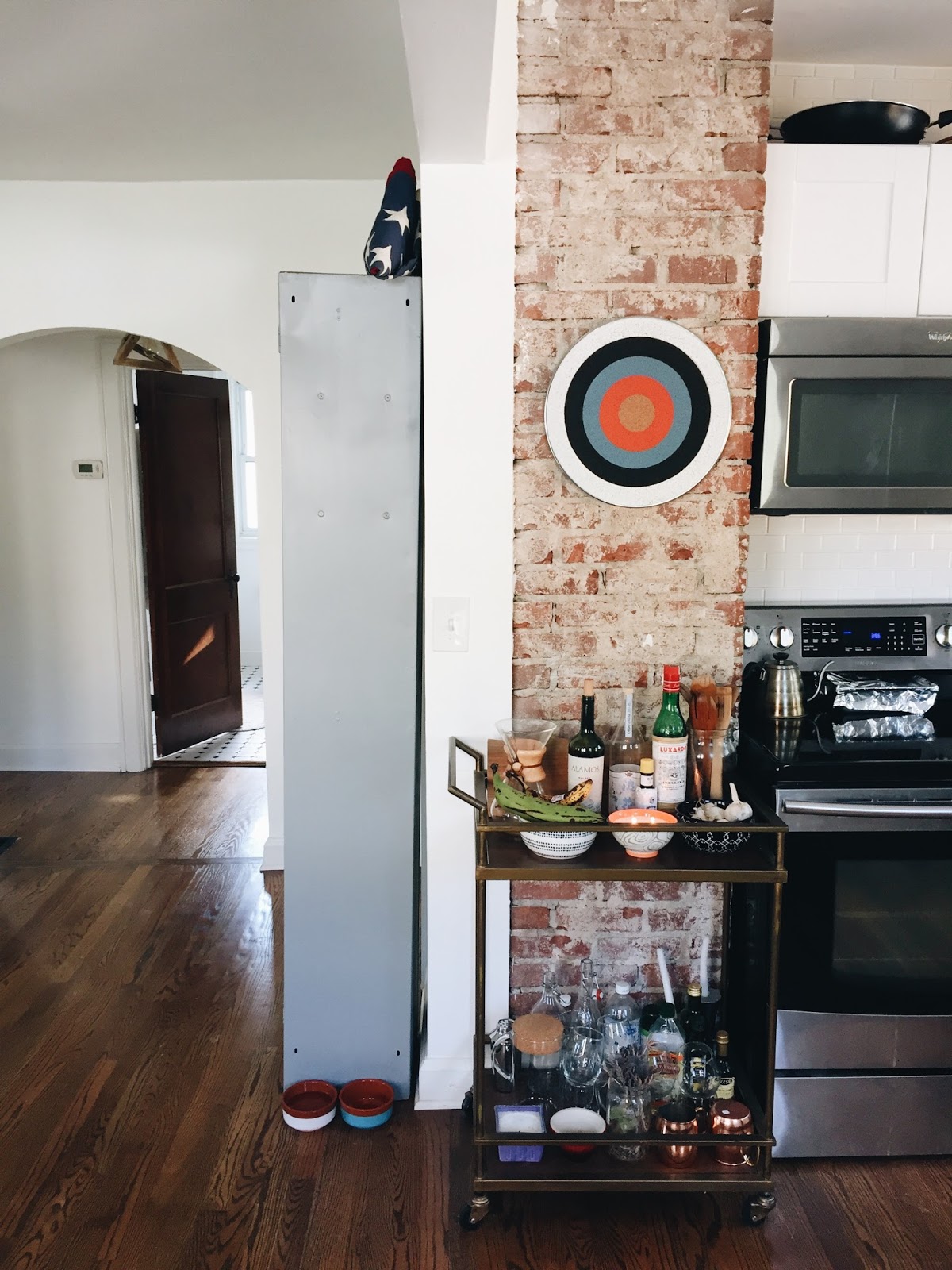 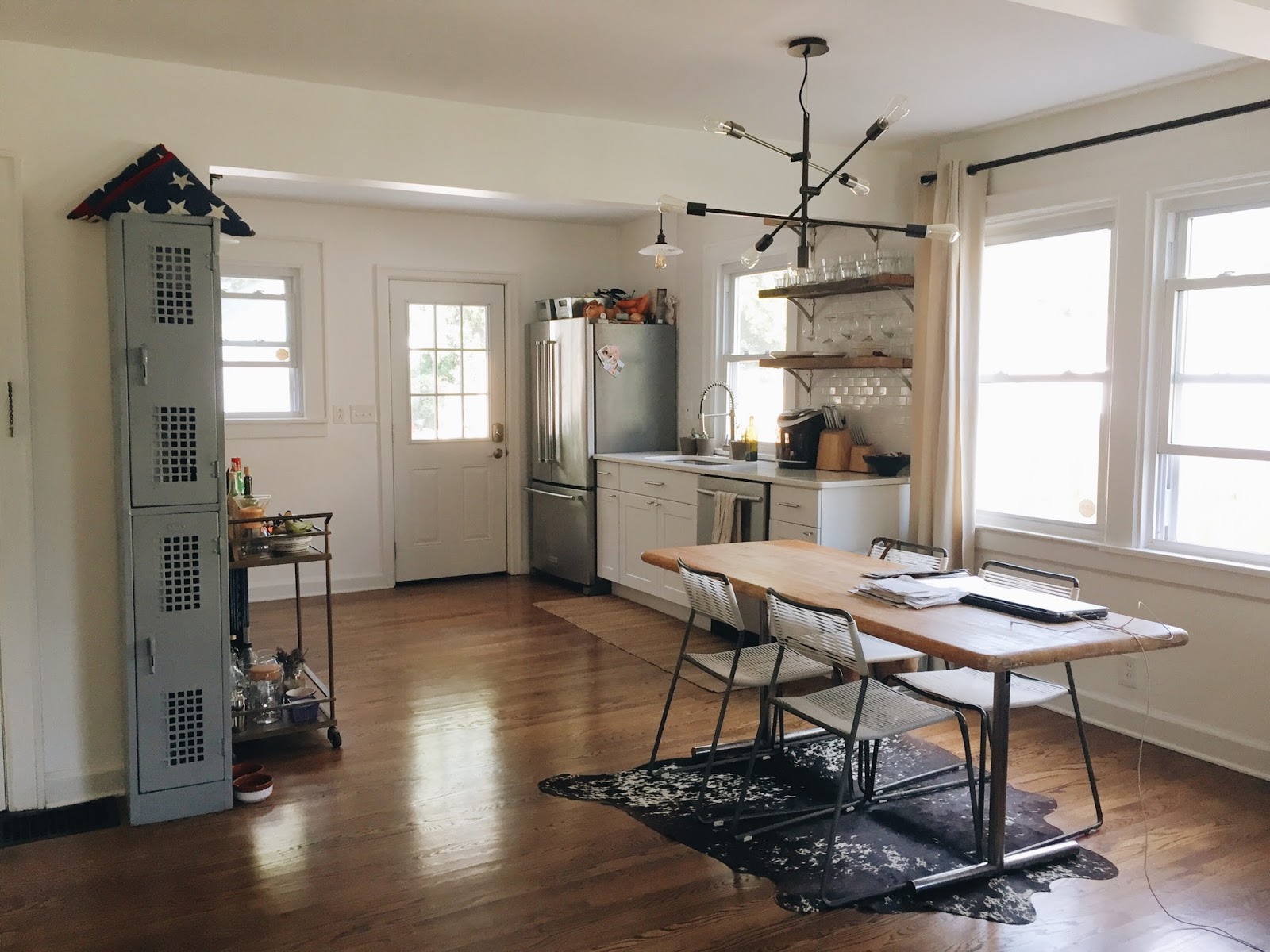 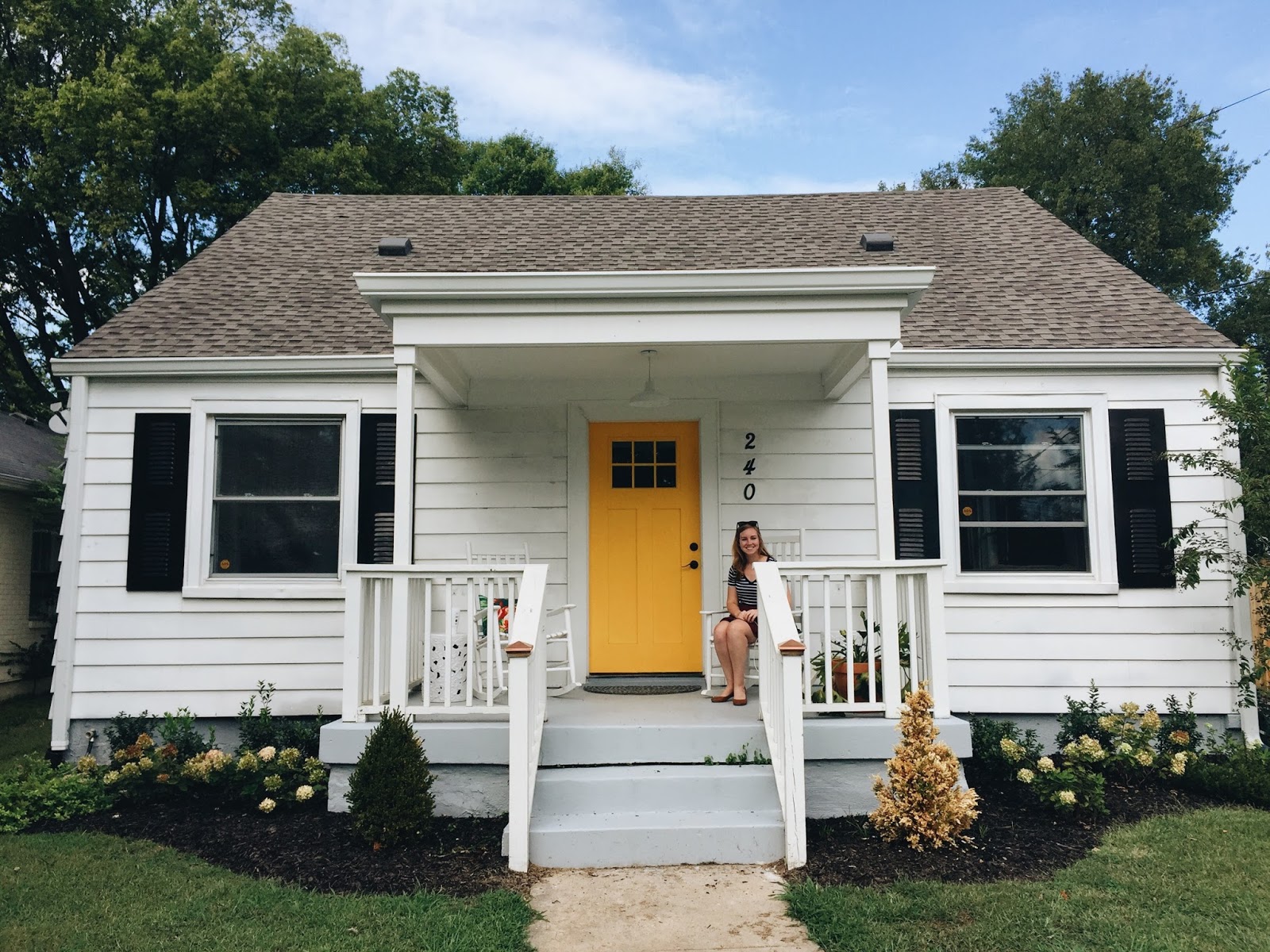 We spent some time on the front porch rocking chairs, switching off between conversation and quiet. It was the nicest day — 70 degrees and passing clouds. I couldn’t help but notice how suburban it felt in comparison to my Gold Coast condo.

Some time later, Maggie came to pick us up in her adorable VW bug. She took us to her place, an immaculate duplex in an effortlessly hip neighborhood called Five Points. From there, the three of us walked to The Treehouse — my favorite stop of the weekend, I think. The back patio is truly built like its namesake, and there are twinkly lights everywhere. We listened to Lord Huron and sipped our drinks until it was time to go. 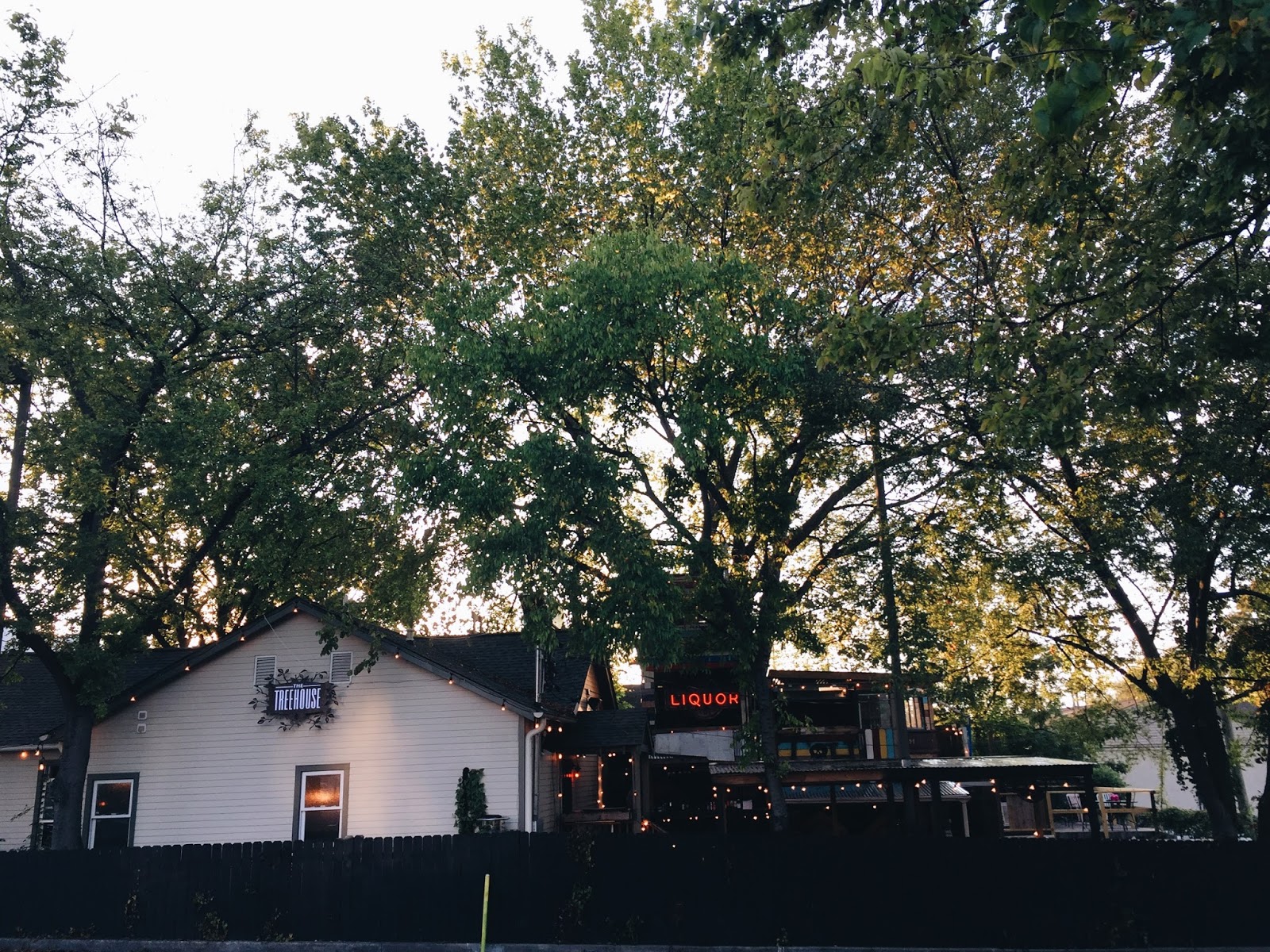 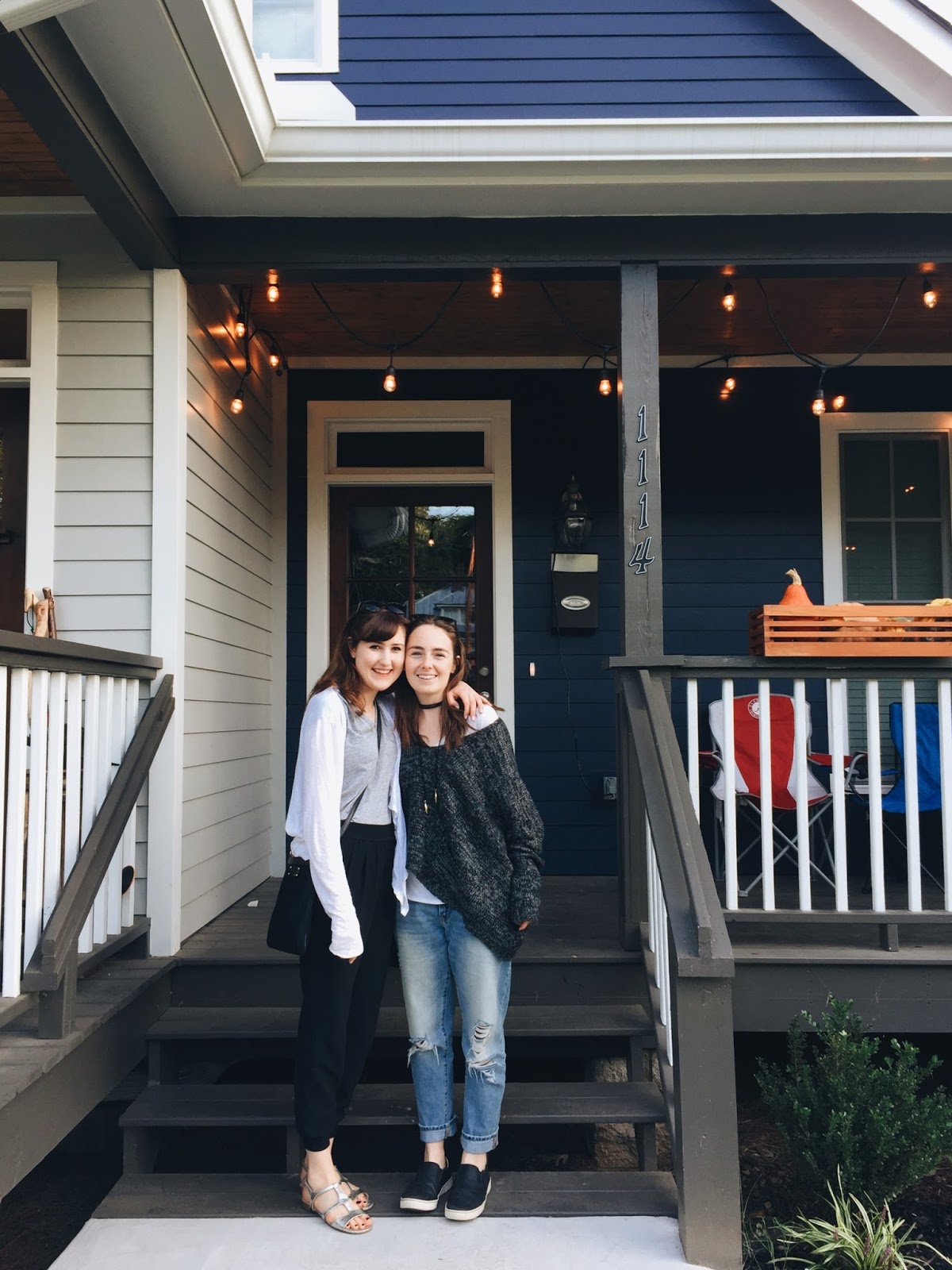 Sarah and I had impulsively purchased Jon McLaughlin tickets the night before, so we ubered over to City Winery for the show. This was one of our better life choices. At the venue, we were able to sit down, order food and drink wine as we listened. We went with a margarita flatbread and pinot noir, naturally. The show was outstanding, and I felt blissfully happy to be there with a best friend. 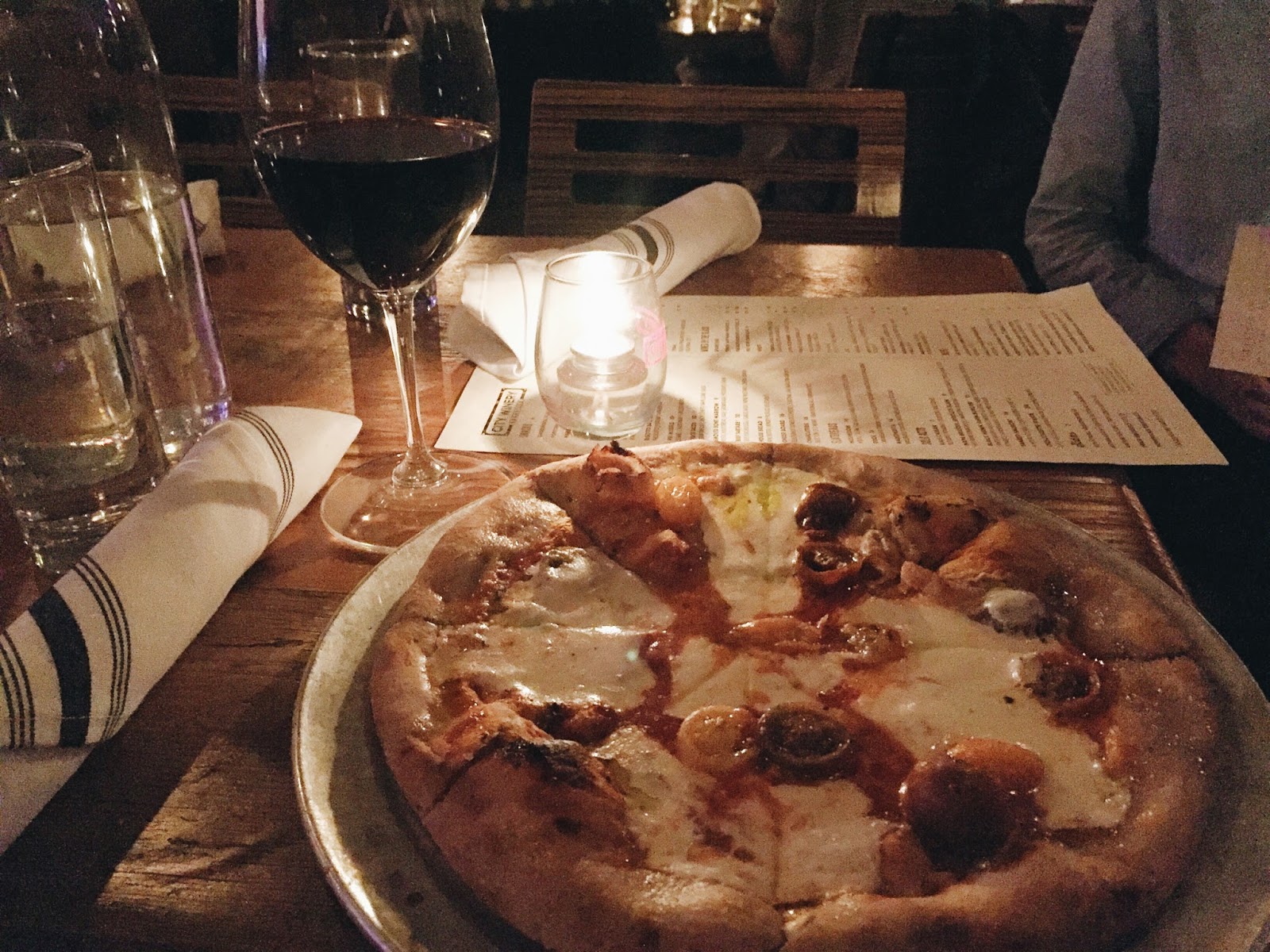 We told each other we’d go out after the show, but by the time 10 o’clock came around, we both wordlessly agreed the night was over. Unashamedly, we called an Uber and went back to our Airbnb. (At my request, our driver cruised through the McDonald’s drive-thru for ice cream. We also had McDonald’s for lunch that day. I’m not even the least bit sorry.)

Our alarm went off bright and early the next morning, and we were Chicago-bound by 7:30. The sky was cloudless, there was no traffic and we listened to this exceptional podcast. It was a quick trip, but one I know I will remember.