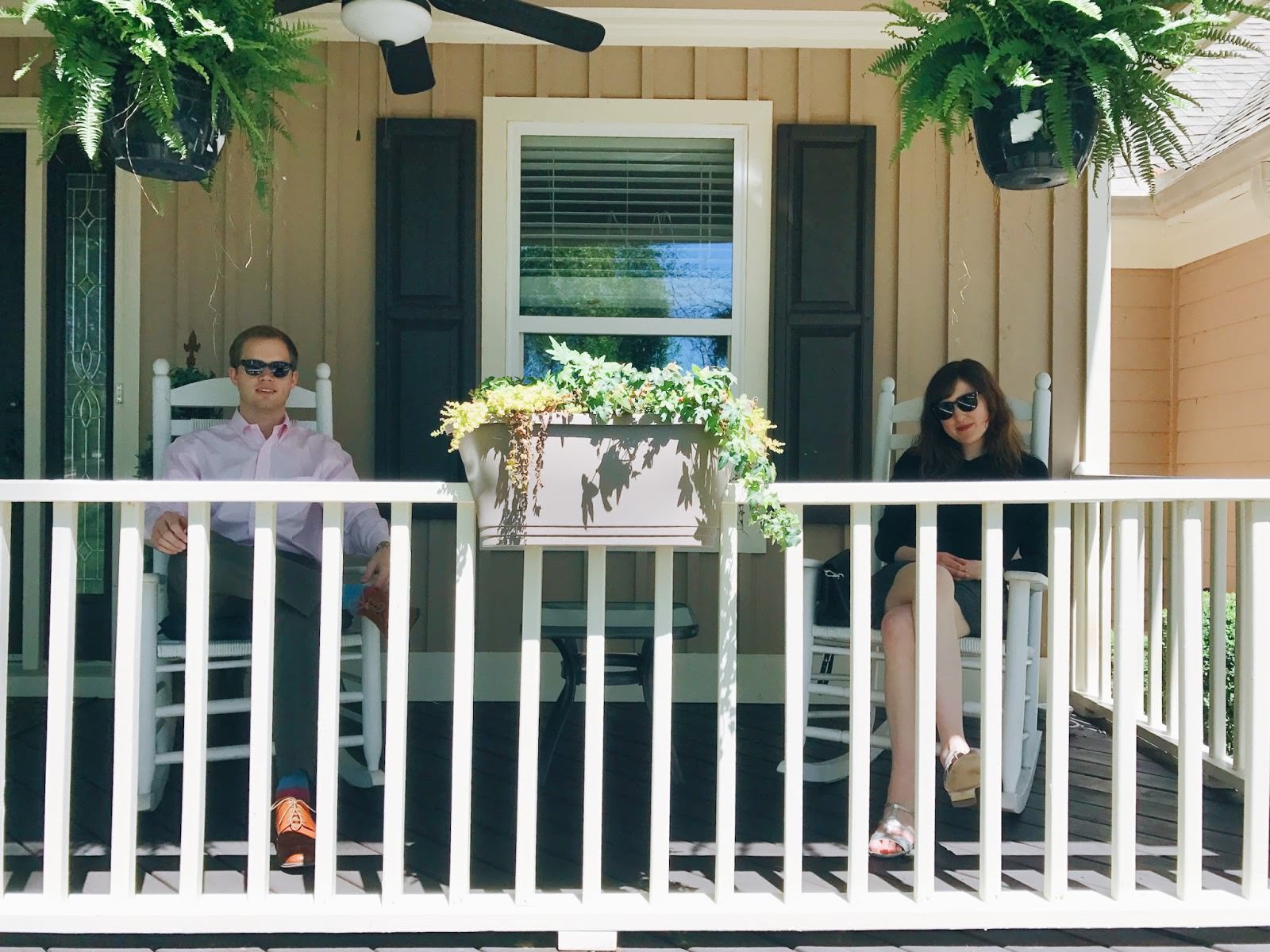 I met Andrew on an iPhone app in June 2016. His profile said he was from Georgia, and as I swiped through his photos (throwback to when you could swipe left & right on Hinge), I noted how adorably Southern he looked — blonde hair, tanned skin, preppy t-shirts and a picture of him on a cliff thrown in for good measure.

On our first date, I was expecting a guy with a heavy accent — y’all‘s and gonna‘s — and maybe a guy that would want to talk about the great outdoors or sunshine or boats. Instead, I drank beers with a guy who lives in the West Loop, works in engineering and loves to learn about anything and everything.

Andrew brought me home with him this past weekend. As the trip came closer, my nervousness grew. I am a Chicago girl. I wear all black, never travel further than the suburbs and do not own a single stick of butter. I worried about what I’d say and what I’d eat. I worried about the weather. I worried about flying. Ultimately, I had to surrender my fears to JC and let Him figure it out (as He always does).

Our flight was late last Friday night, and we didn’t land in Atlanta until ten or so. Andrew had thoughtfully planned for us to stay in Buckhead, an upscale neighborhood in the city, and then spend the next day exploring the area where he grew up. (For reference, Andrew was raised in an Atlanta suburb called Suwanee. When he was in college, his mom and dad moved to a small lake town called Hartwell.) 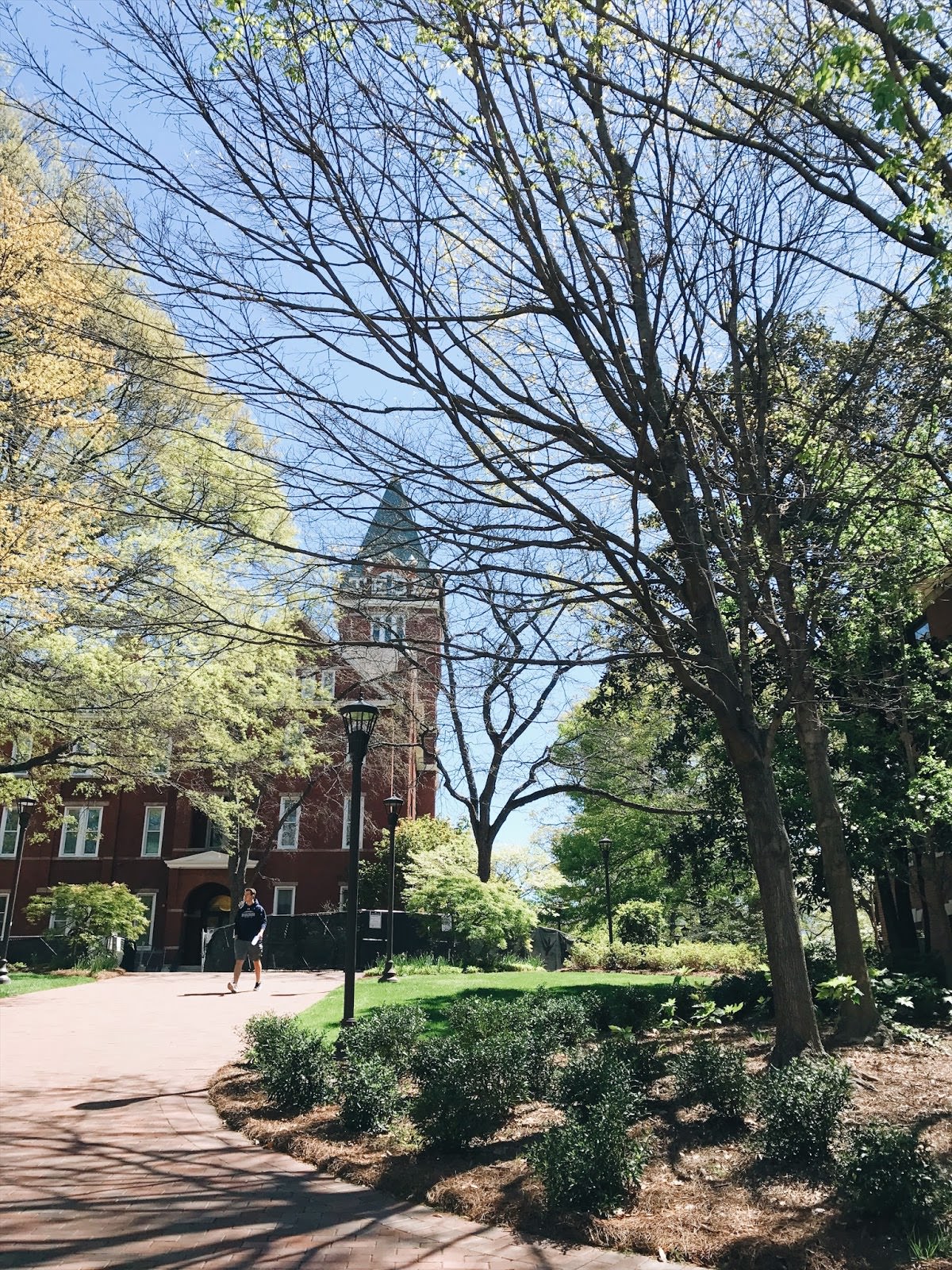 We drove all over the place on Saturday morning, blasting country music with the windows rolled down. I saw Georgia Tech and I saw his fraternity house. I saw his childhood home, his high school, and the streets where his buddies would ride their motorized scooters. It was a full immersion, and by the time early afternoon rolled around, we headed to his parents’ house.

Two hours later, we were cruising down a back country road in Hartwell. I was anxious and Andrew knew it. He held my hand and distracted me by pointing out the soaring trees, the brown cows, the greenest grass. I had met his parents once before, but going to their home felt different. I prayed silently as we drove.

We pulled up the long driveway and almost instantly, I was at ease. There were hugs and gifts and a fluffy white dog named Bixby. Andrew’s mom gave me the grand tour (it included a walk to the dock and framed photos of baby Andrew) and then we hung out on the back porch before dinnertime. His grandmother came over, too, and she welcomed me with the same gentleness. 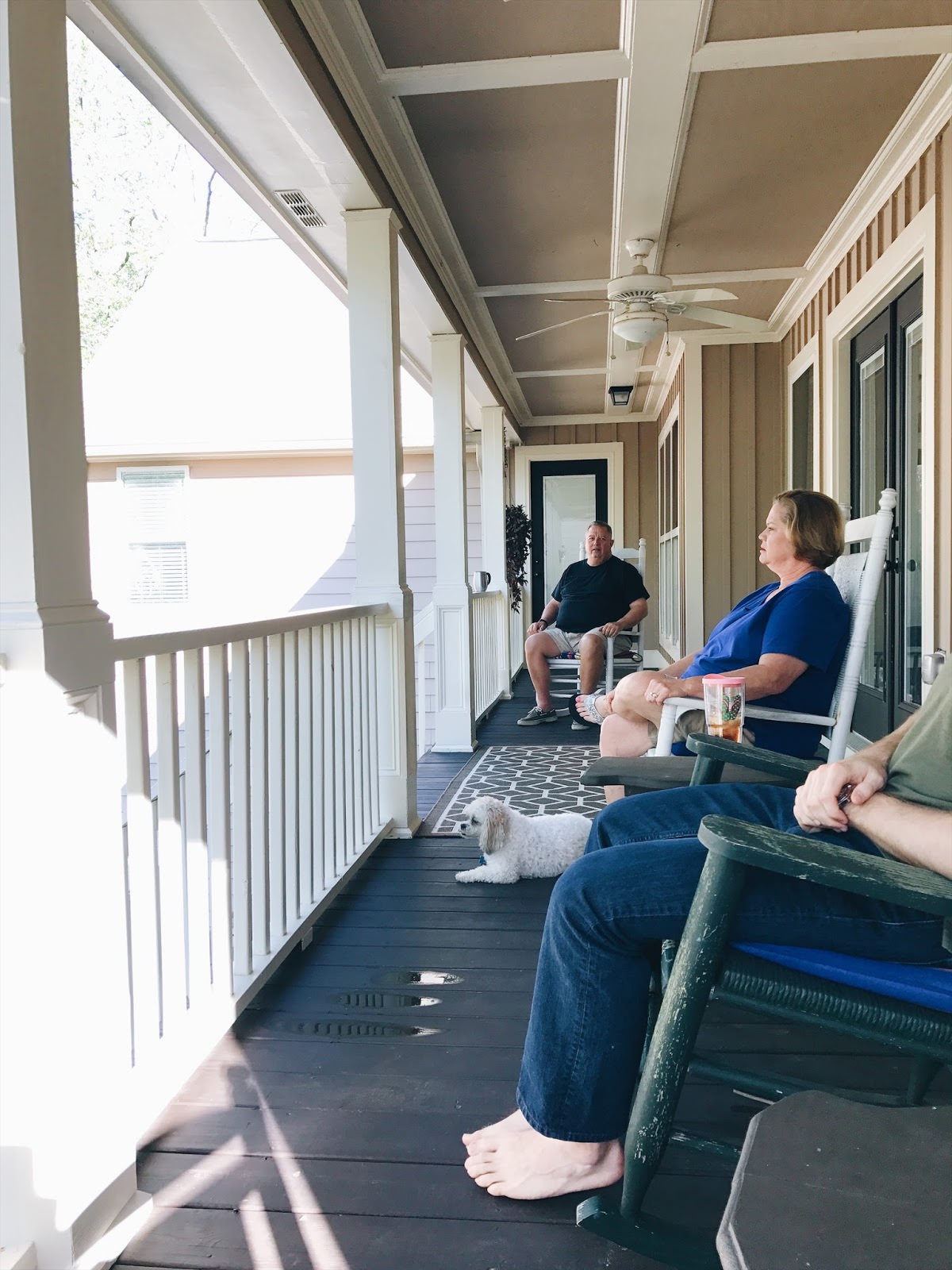 That evening, the five of us piled into Andrew’s dad’s truck. We rode out of town and across a state line (to South Carolina!) for dinner. I boldly ordered grits and even tasted a bit of pimento cheese. I especially loved sitting in between Andrew and his grandmother — those two are quite close.

Sunday began with breakfast and coffee. His mom had bought an assortment of my favorite things, like Rice Chex, bananas and Quest Bars. I ate some cereal with her that morning, feeling impossibly grateful for her care.

We went to church shortly thereafter. Many times before, Andrew had told me that his parents know everybody in this town. It became clear that he wasn’t exaggerating. His parents were greeted by each person we passed: “Mornin’, Lynn and Mike!” I met almost every person, too: “This is Andrew’s girlfriend, Melanie.” I liked how that sounded.

That day, we had lunch at the golf course, then came back home to change into comfy clothes. Sunday was a spectacular Georgia day — no clouds, a high of 75, a light lake breeze. After some rest, Andrew and his parents and I went down to the pontoon boat. We drank a little rosé, listened to classic rock songs and enjoyed the glittering Lake Hartwell. 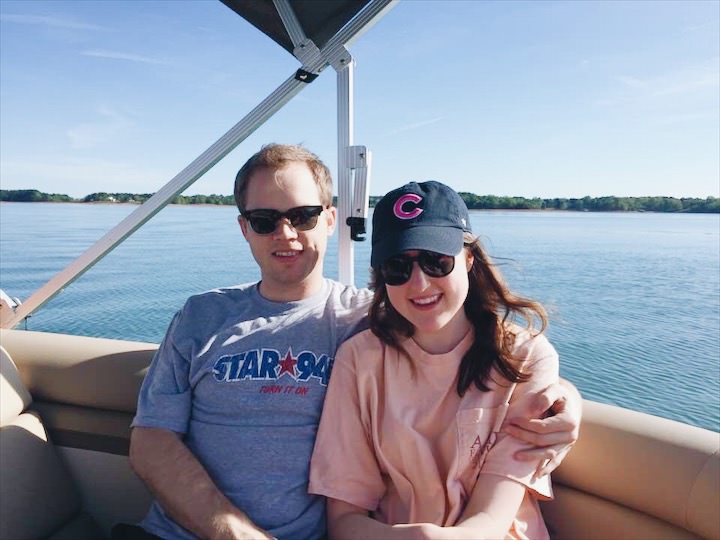 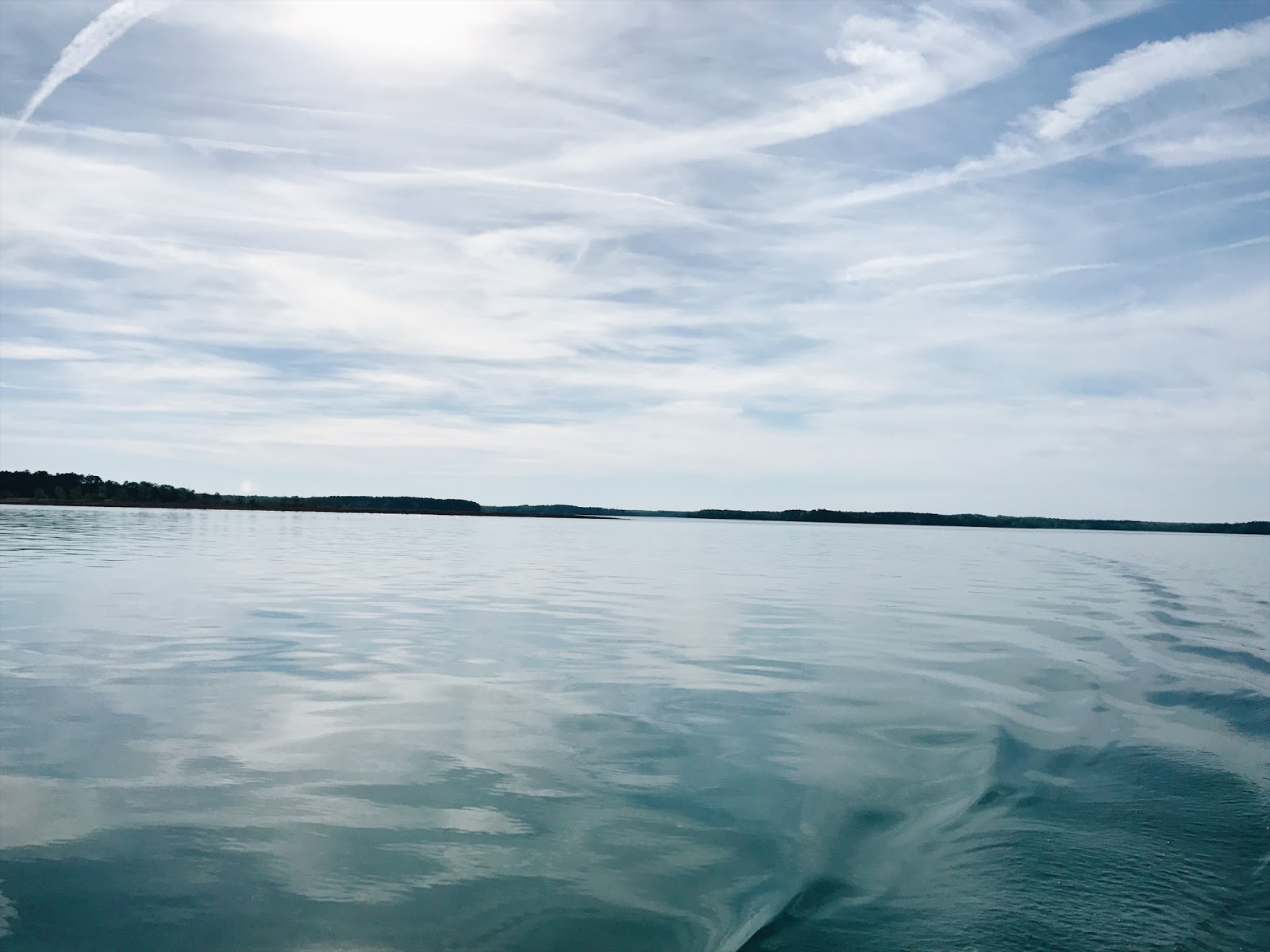 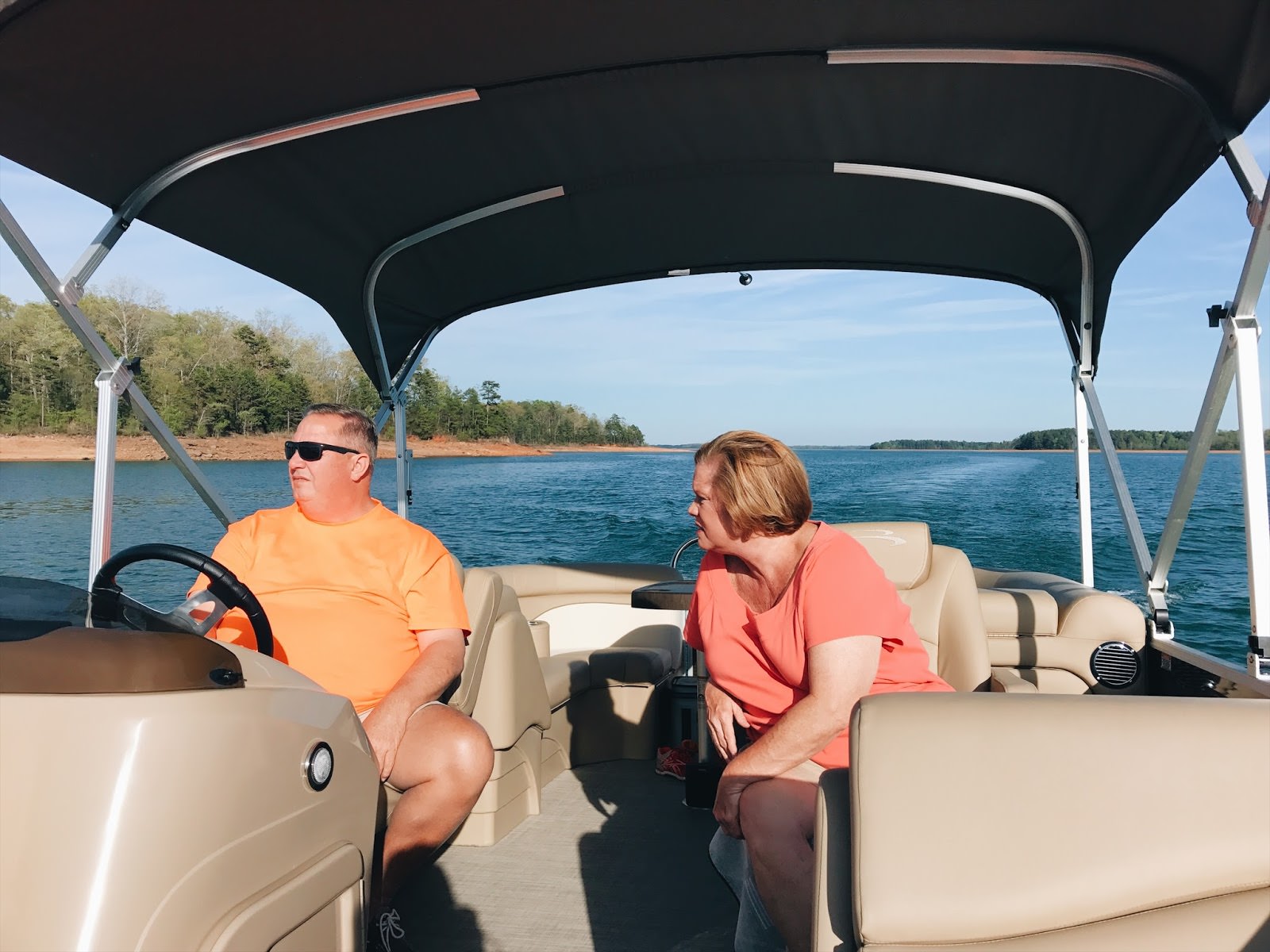 Andrew and I went for a golf cart ride afterwards, and then his grandmother came back to the house. For dinner, his dad cooked us steaks on the Big Green Egg, and his mom made baked potatoes and asparagus and salad (with three types of lettuce because she didn’t know what kind I liked best). We laid low and I had the best time.

Whenever I travel, I am always ready to leave by the end of the trip. But by Monday morning, I truly wished I could stay a little longer. Hartwell is unlike any other place I’ve been. People wave at one another as they pass by on the narrow roads, Bixby sniffs around the yard without a leash, and there is not a single Chipotle. We couldn’t go anywhere without running into someone his parents knew, and everyone had that thick Southern drawl. 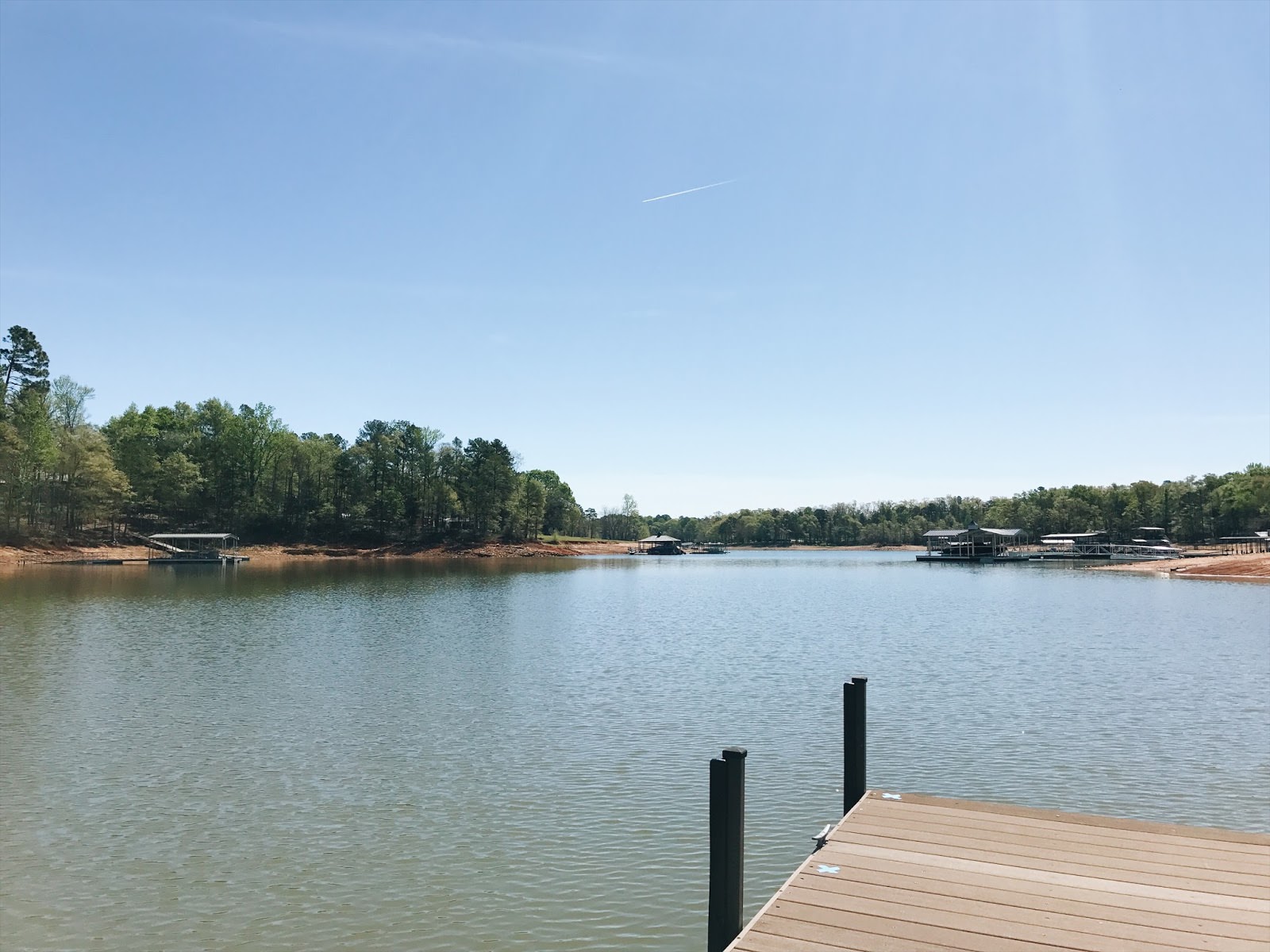 Our last hurrah was a journey to the Biskit Barn (which I can’t even link to because it doesn’t have a website). Andrew’s grandmother treated us to homemade biscuits and buttered pancakes as big as my face. The restaurant was a tiny room on the side of the highway, and inside, there were mismatched dining chairs and Coca-Cola signs. My massive pancake — affectionately known as a “wagon wheel” — tasted like heaven. 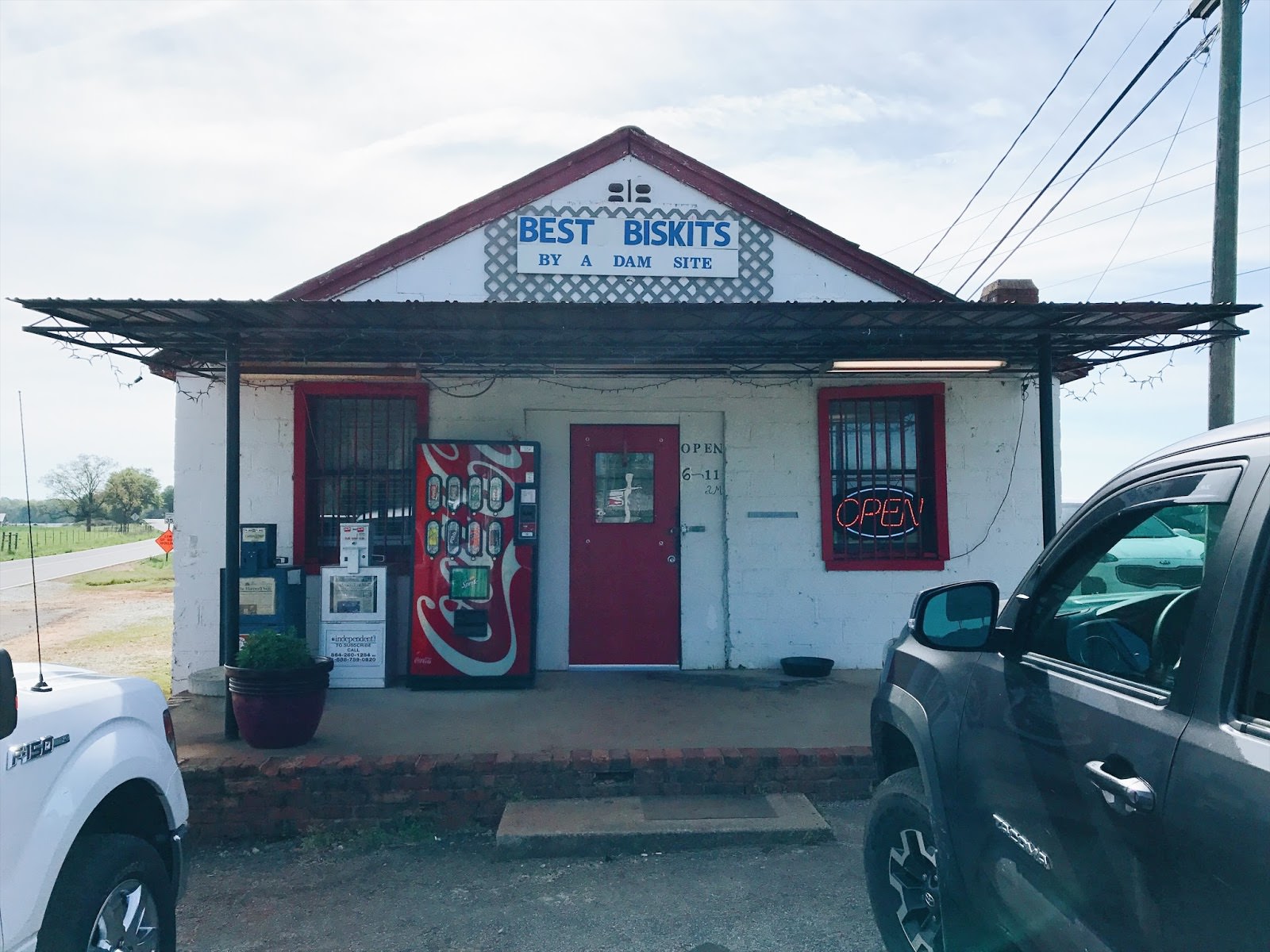 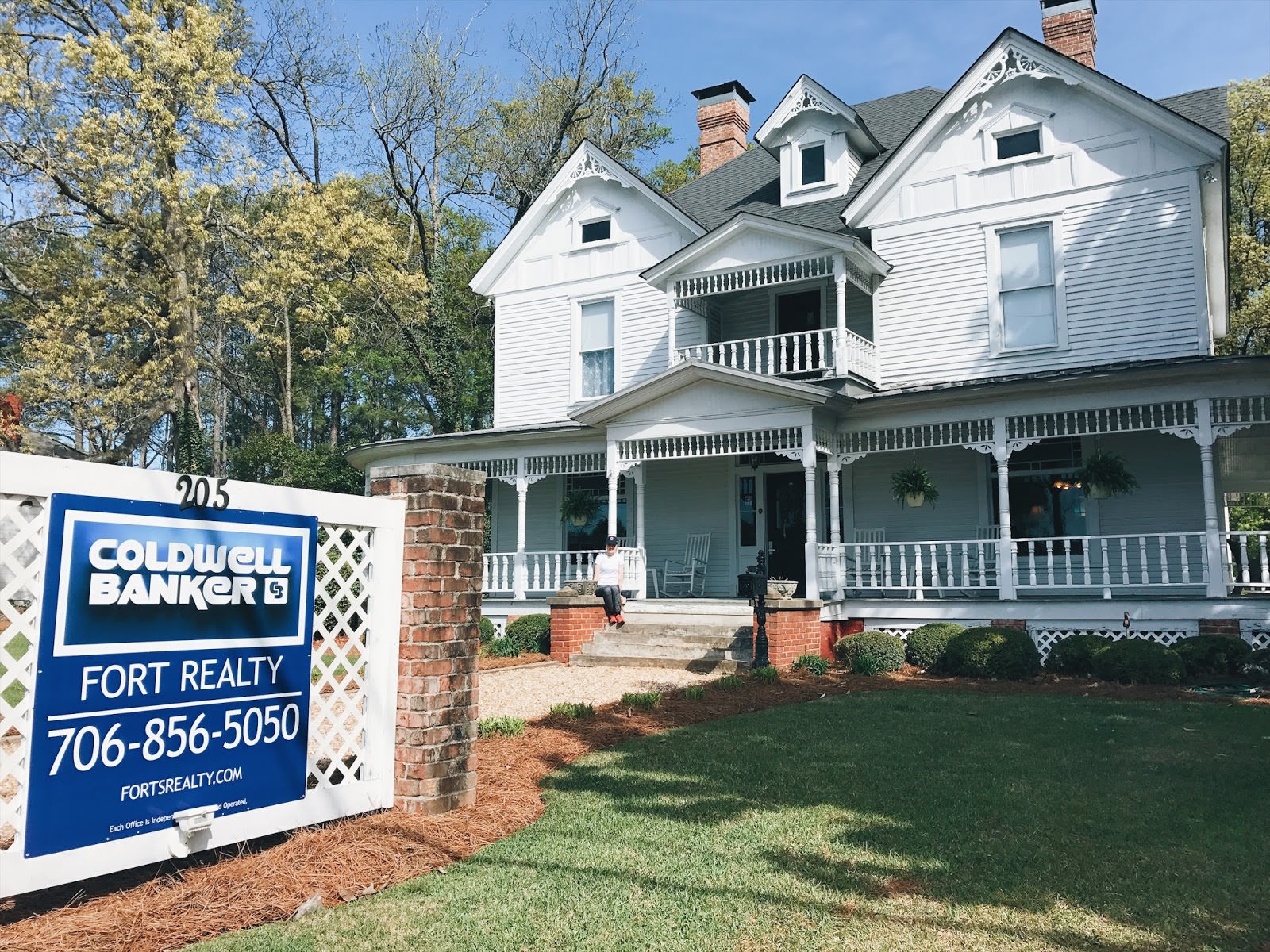 We stopped by the local Coldwell Banker office on the way home, a gorgeous Victorian house that looked very different in comparison to my Gold Coast cubicle. Throughout the long weekend, I tried to keep in touch with clients, but it was an unexpected relief to have limited cell service and relinquish control. Somehow, it all worked out — I was able to write one offer and put one contract together.

Andrew had booked a late flight for us on Monday night, so we ended up with plenty of freedom that afternoon. He and I packed our suitcases, hugged his parents goodbye and headed back to Atlanta. I loved those hours with him — driving, talking, listening to music. We ordered a plate of tacos at Ponce City Market, then drank cheap beer at a local dive bar. It was such an easy and peaceful time to simply be with each other. 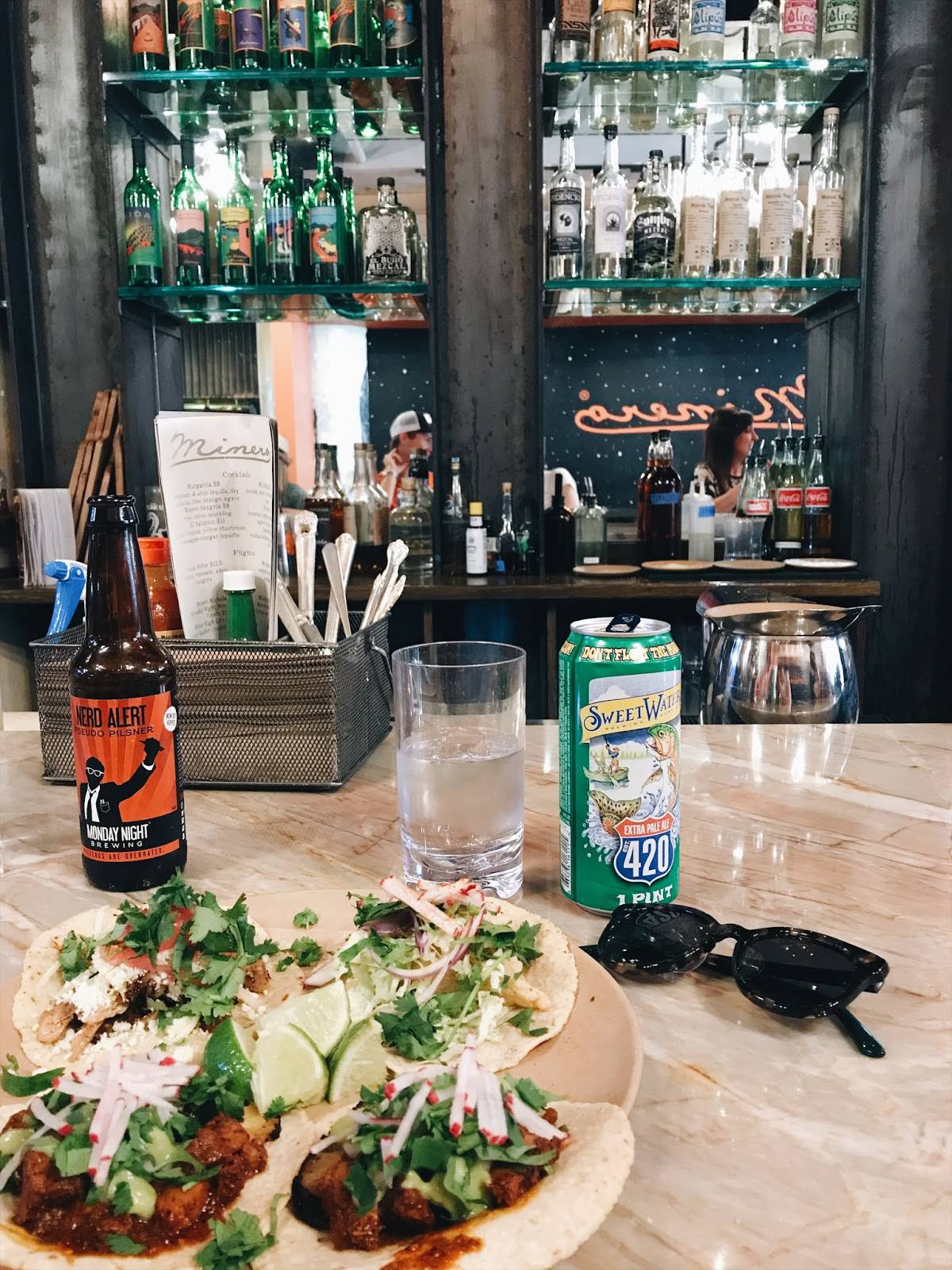 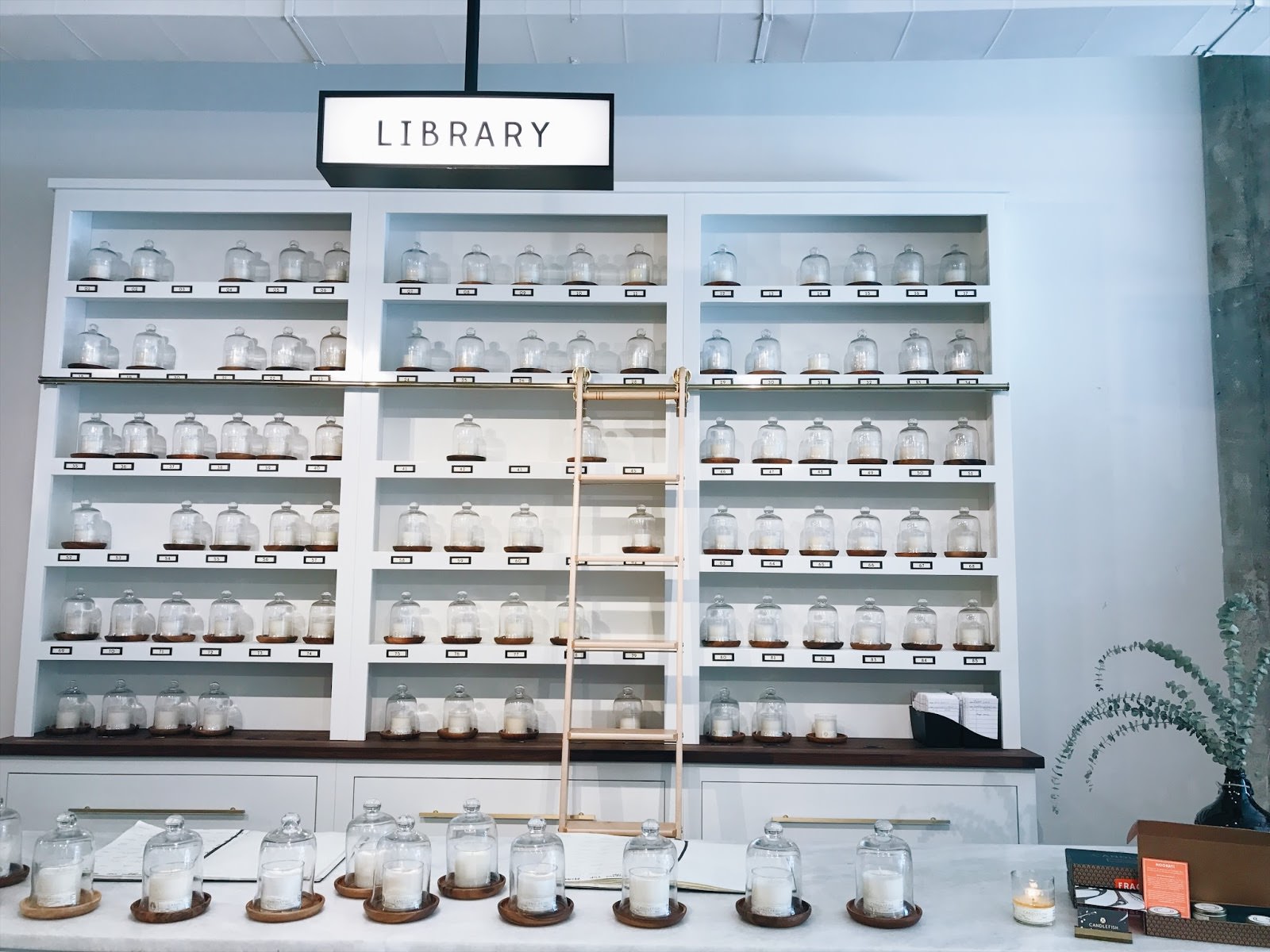 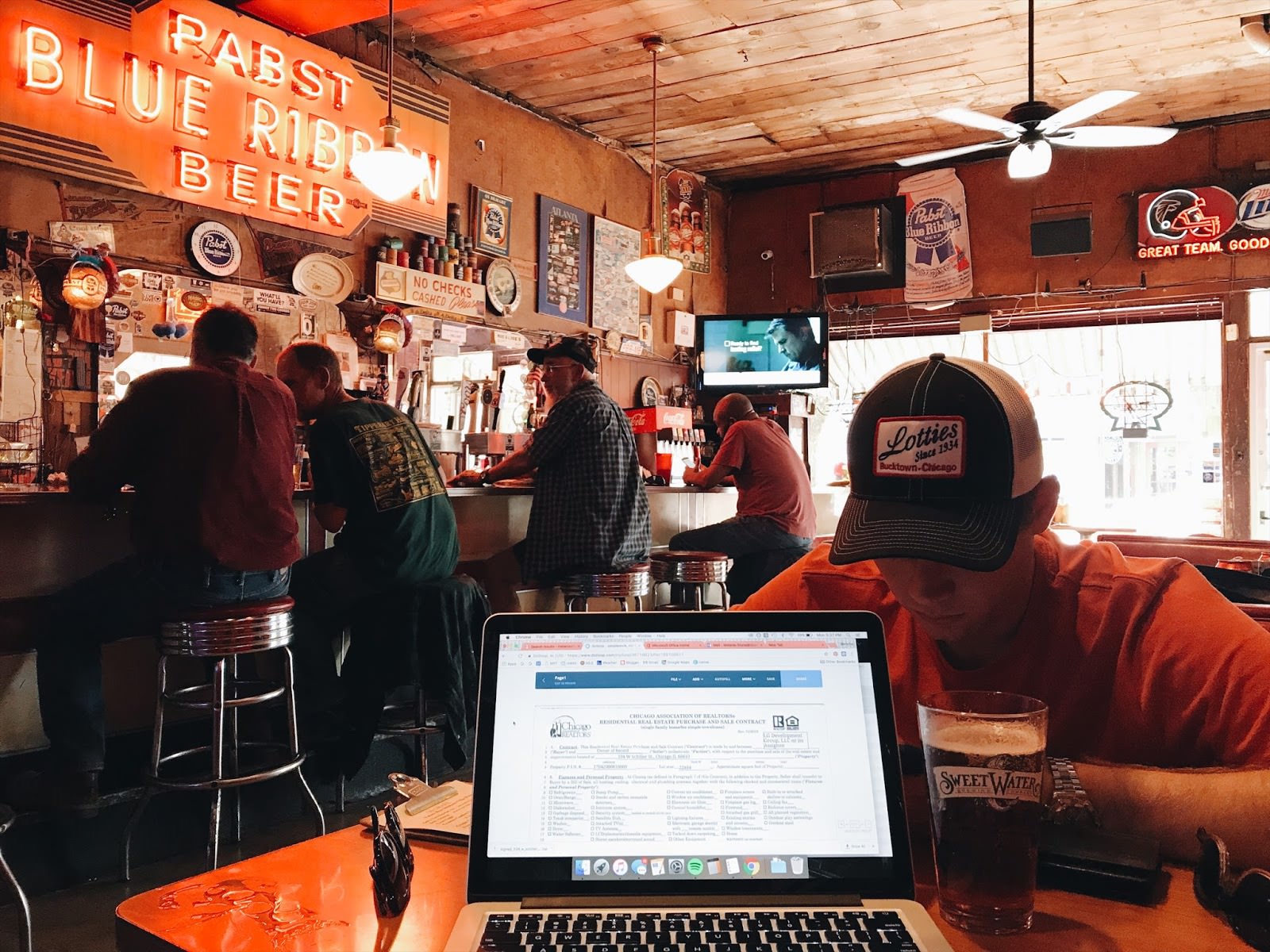 By the time we got to the airport, the sun was setting in shades of orange. Andrew and I waited for our flight in the Sky Club (things you can do when you date a man who travels for work), and then we both fell asleep on the plane ride home.

I woke up before we landed and looked at him for a few moments, marveling at that Georgia boy — a brilliant, God-honoring Georgia boy with a father, mother and grandmother that are just as sweet as he is. I am glad I swiped right. 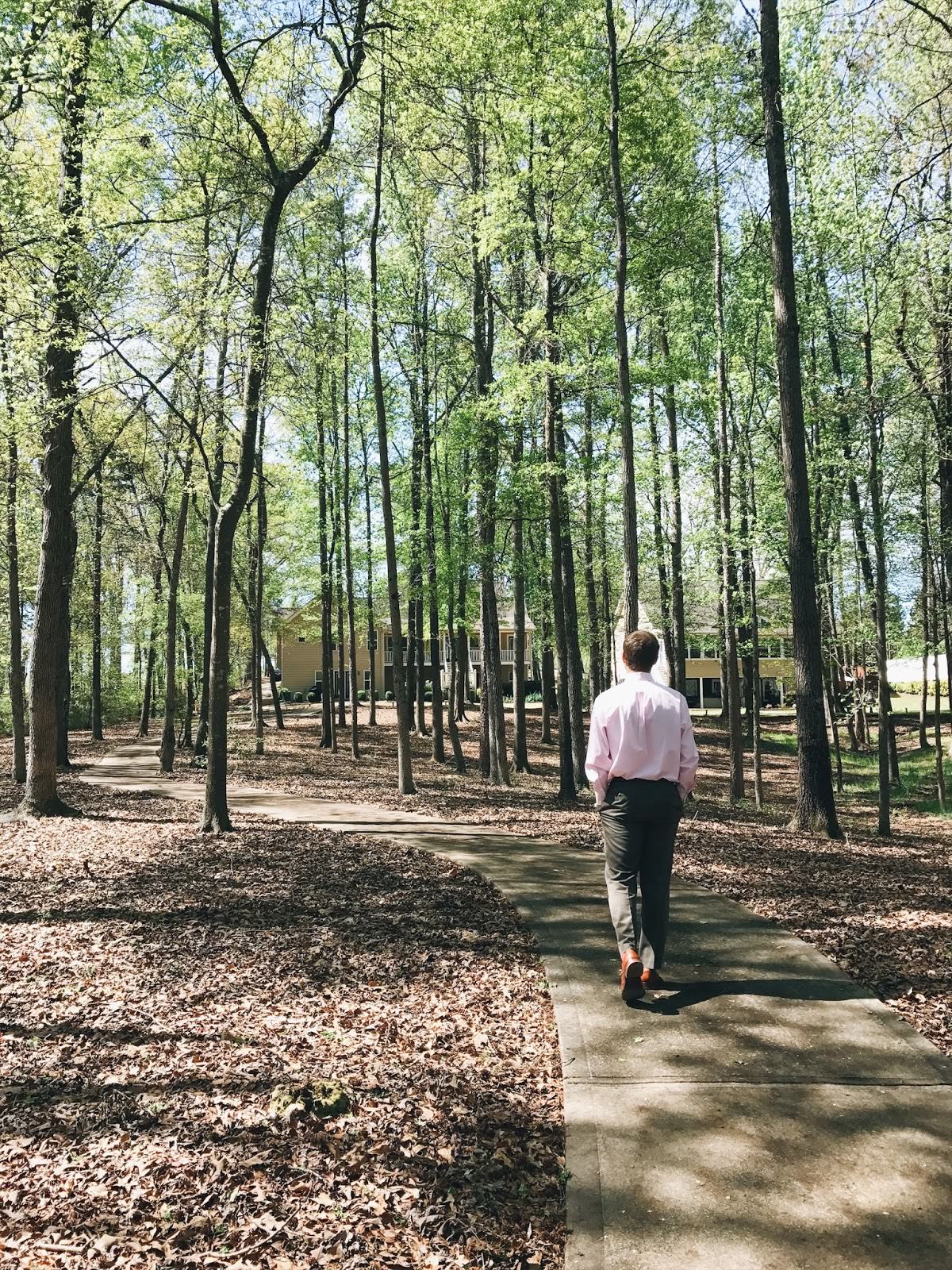