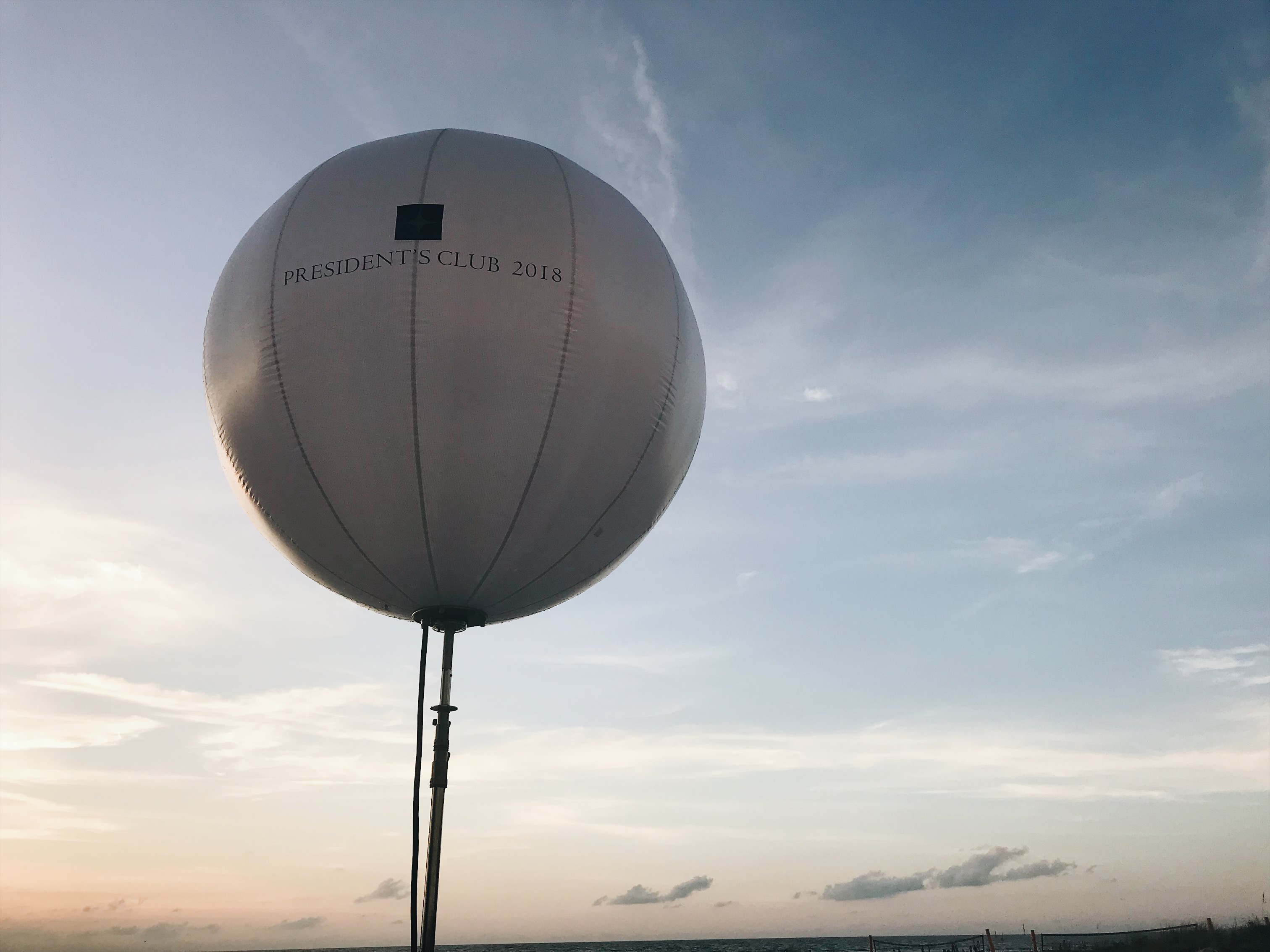 A few months ago, I sat in my managing broker’s office with an envelope on my lap. Andy grinned as I opened it.

You are cordially invited to the 2018 President’s Club retreat at the Sandpearl Resort in Clearwater Beach.

The President’s Club is a prestigious group of Coldwell Banker‘s top agents across the region. At that moment, my head swirled with the names of realtors whom I’ve looked up to since I started in real estate four years ago. That invitation meant I was officially a part of the club, and further, I would be joining them in Florida for the annual retreat. I marked my calendar for October 9th.

I convinced Andrew to come on the trip with me over margaritas and tacos at Broken English on a muggy summer night. Knowing how anxious traveling makes me, Andrew agreed, forking over the rest of his vacation days to be my plus-one.

As October came closer, I began to get antsy. I have traveled with realtors several times before: to D.C., to Orlando, to Wisconsin. Somehow, I always found myself feeling less-than. I’m not selling enough. I’m not outgoing enough. I’m not cool enough. The comparison game is an icky one, and it is one I struggle with often.

This time, I knew I would have Andrew with me, which gave me some peace of mind. We packed our matching suitcases and met at the airport last Tuesday afternoon. I ran into a few other agents in the security line, and we small-talked about Hurricane Michael, a storm that was about to smash into the Florida coast. To Andrew’s and my surprise, our flight wasn’t delayed at all, but we did anticipate that the weather in Clearwater Beach would be glum and rainy. 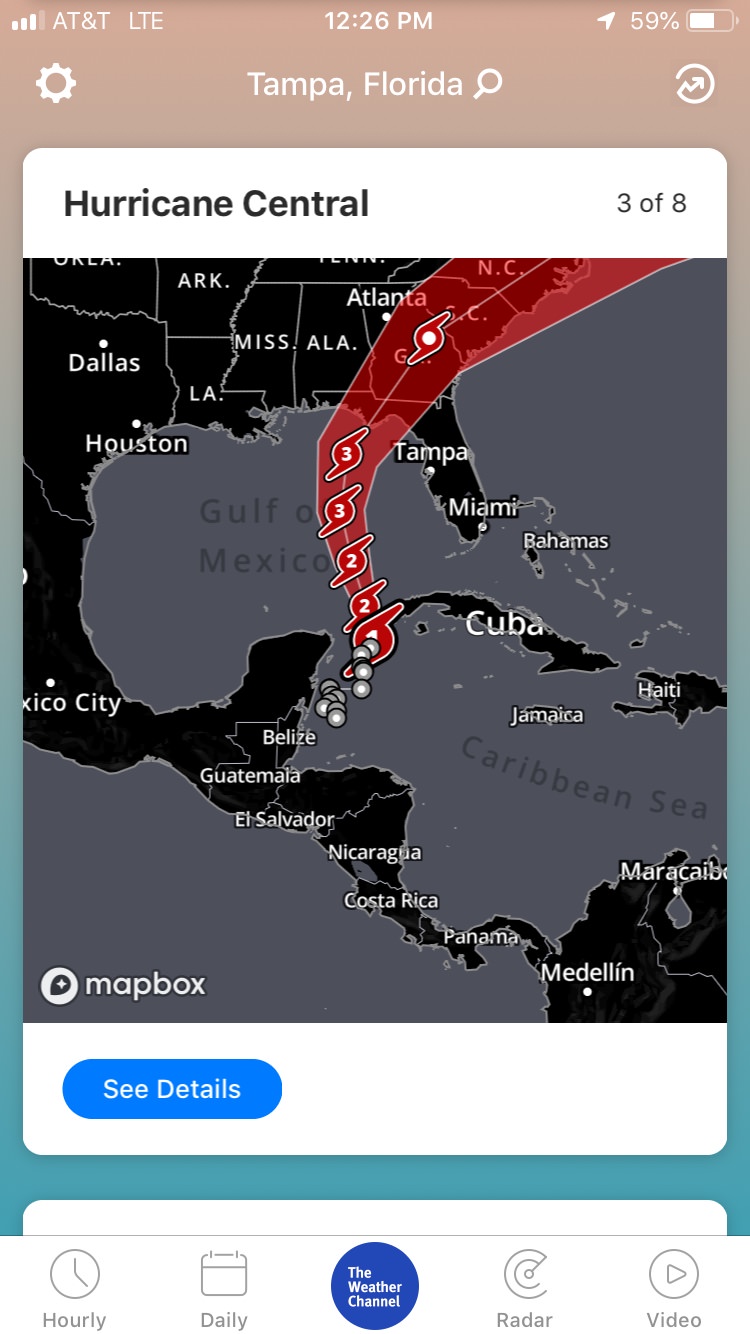 The plane landed around dinnertime. We made our way toward the exit, and our group gathered around a man holding a “President’s Club” airport pick-up sign. It all felt very official, and I noticed my nerves as we climbed into the air-conditioned black car. I quickly began chattering away with Emily, the agent next to me, and Chezi, who sat behind me. We all marveled at the thick, grey clouds that seemed to swallow the sky.

Upon arriving at the Sandpearl, Andrew and I dropped our bags off upstairs and headed to the ballroom for a meet-and-greet event. The space was packed with agents from the city, suburbs, Indiana, Michigan, Wisconsin and a few other neighboring communities. I recognized only a few people (from their photos in the program book).

With Andrew there, I had a friend, a companion, someone to sit next to and talk (or not talk) to. Everyone I met that night was open, but had I been alone, I know I would have been much more hesitant to show up.

We ended the evening in the hotel bar, and after dinner and a few drinks, we headed to bed early. The next day was the first official business meeting — 8:30 a.m. sharp.

Of course, I woke up in the morning sicker than I’ve been in a while. I still don’t know what caused it — a bug? something I ate? the wine? — but I sadly missed out on most of Wednesday. With the rain pouring down outside, Andrew was stuck inside with me. He was a champ — he took care of me, brought me water, and hardly complained about laying around all afternoon.

I did my best to pull myself together for dinner that evening. I splashed water on my face and put my hair in a top knot. I looked pretty haggard, but I was determined to be present and get to know my colleagues.

With the foul weather, our event was moved inside. There was a D.J., an open bar, passed appetizers, and the same faces from the night before. It was clear that the room was full of strong, longtime friendships. These were brokers that have been in President’s Club for a decade or more — brokers that have grown up together in the business. I suddenly felt very young, and very much on the outside. After eating dinner, I retreated back to the room, exhausted.

“Can we get french fries?” I asked Andrew. He was already in pajamas. 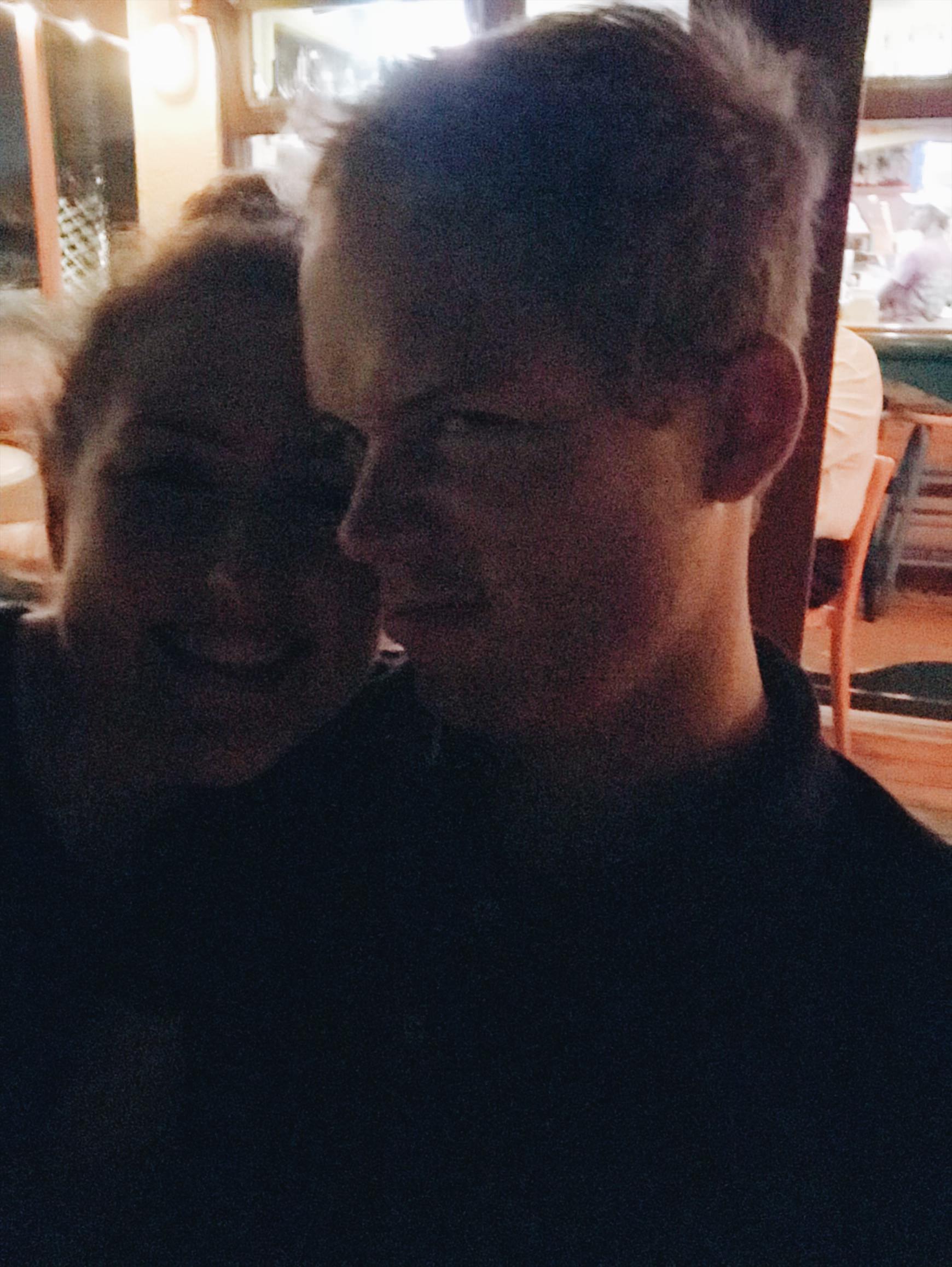 We ventured into the humid night air. Down the block from our hotel, there was a little dive bar with tables overlooking the ocean. We sat down, ordered two beers (I finally felt well enough to have a drink!) and fries. Clouds rolled in, and by the time we paid our bill, raindrops began to fall.

I showed Andrew. “Should I do it?”

“Of course!” he said. I typed back and agreed, heart beating rapidly.

I sat nervously in my chair for most of the meeting on Thursday morning. As timing would have it, I wasn’t going to speak until the very end. I jotted some notes down in the meantime, trying to figure out what the heck to say to a group of veteran realtors: 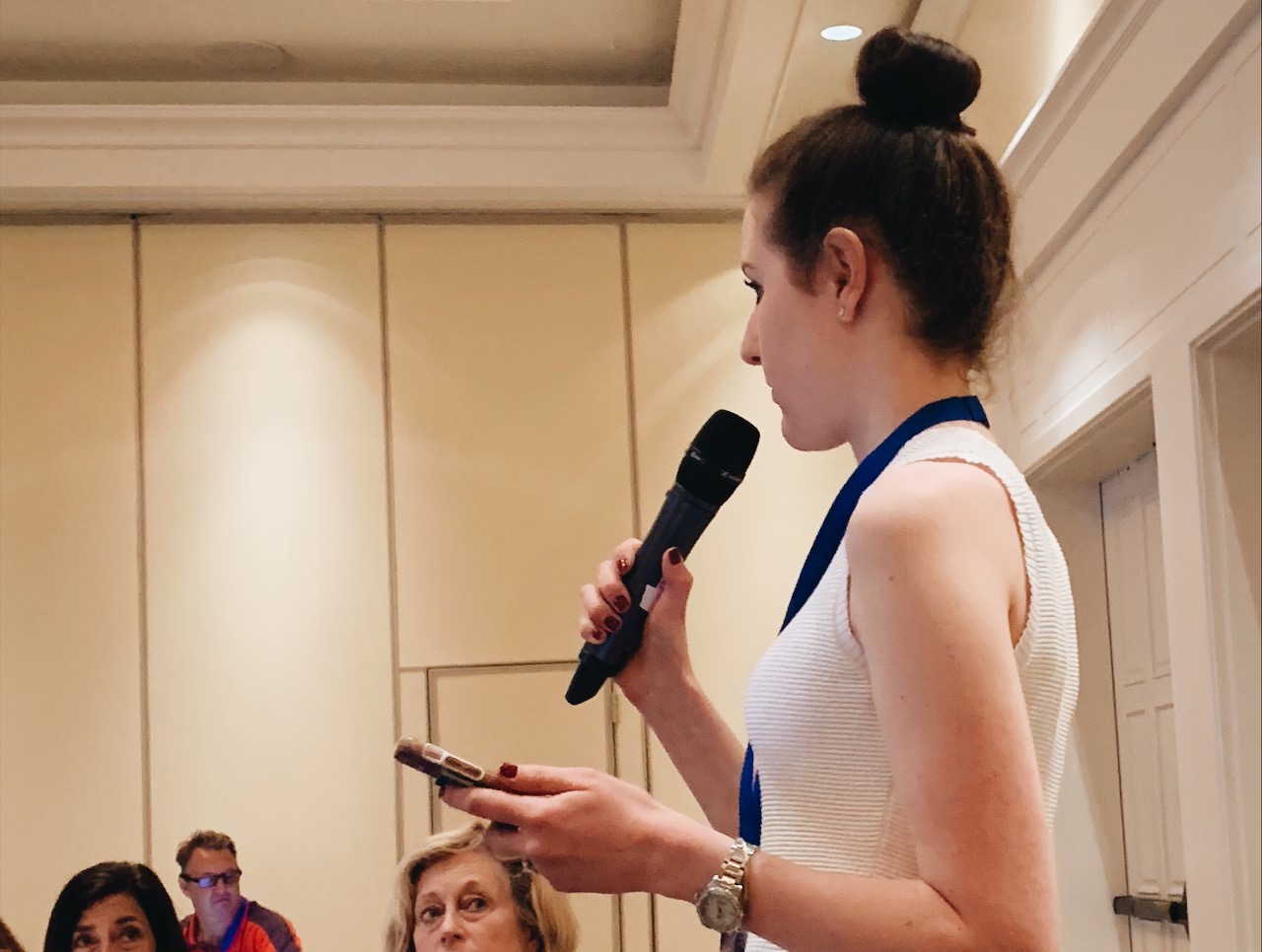 As our president, Fran, introduced me, I stood up. I’m not totally sure what all I said, but I do know that as soon as I had the microphone, I relaxed, and the things I wanted to say just flowed out of me. I told the group how I got started and what I’ve done to grow MSC. My cheeks flushed as clapping filled the room. I was honored to be recognized in front of the crowd, but just as much, I was relieved to fade into the background.

After the meeting, I wolfed down a chicken salad and hurried off to the spa. Each of us was given the choice of a massage, facial or time on the golf course — a generous treat from Coldwell Banker. I selected the first option — something I’ve only experienced a few times in my life — and enjoyed every minute of it. 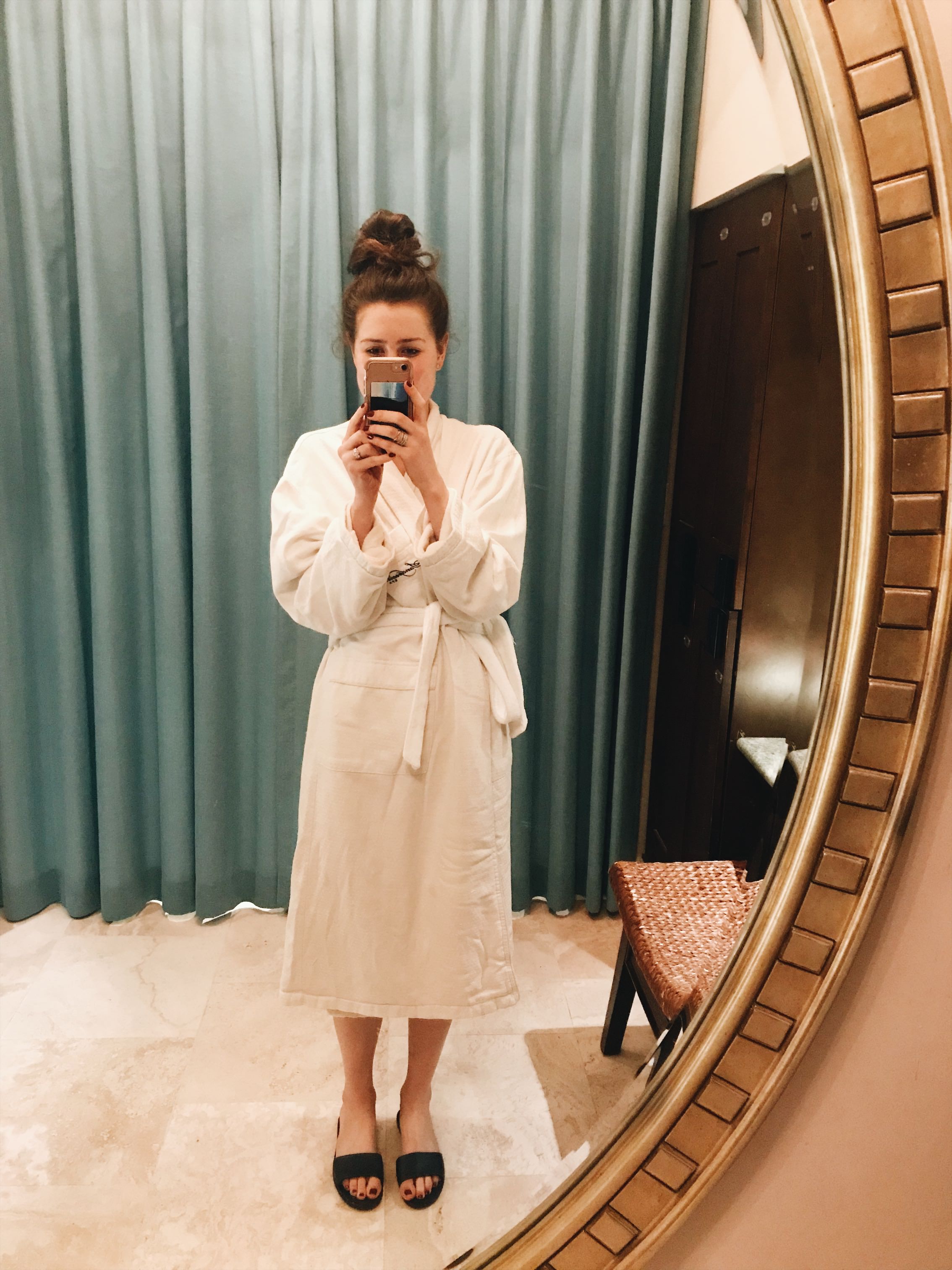 I emerged from the spa some time later to find sunny skies for the first time since our plane landed. It seemed as if everyone was in the pool or at the beach, eager to soak up the promised Florida sunshine. I ran into an agent from my office, Stephanie, and her husband by the towel stand. Andrew came to find me soon after, and the four of us claimed chaises and ordered drinks. It was a lovely, leisurely afternoon. 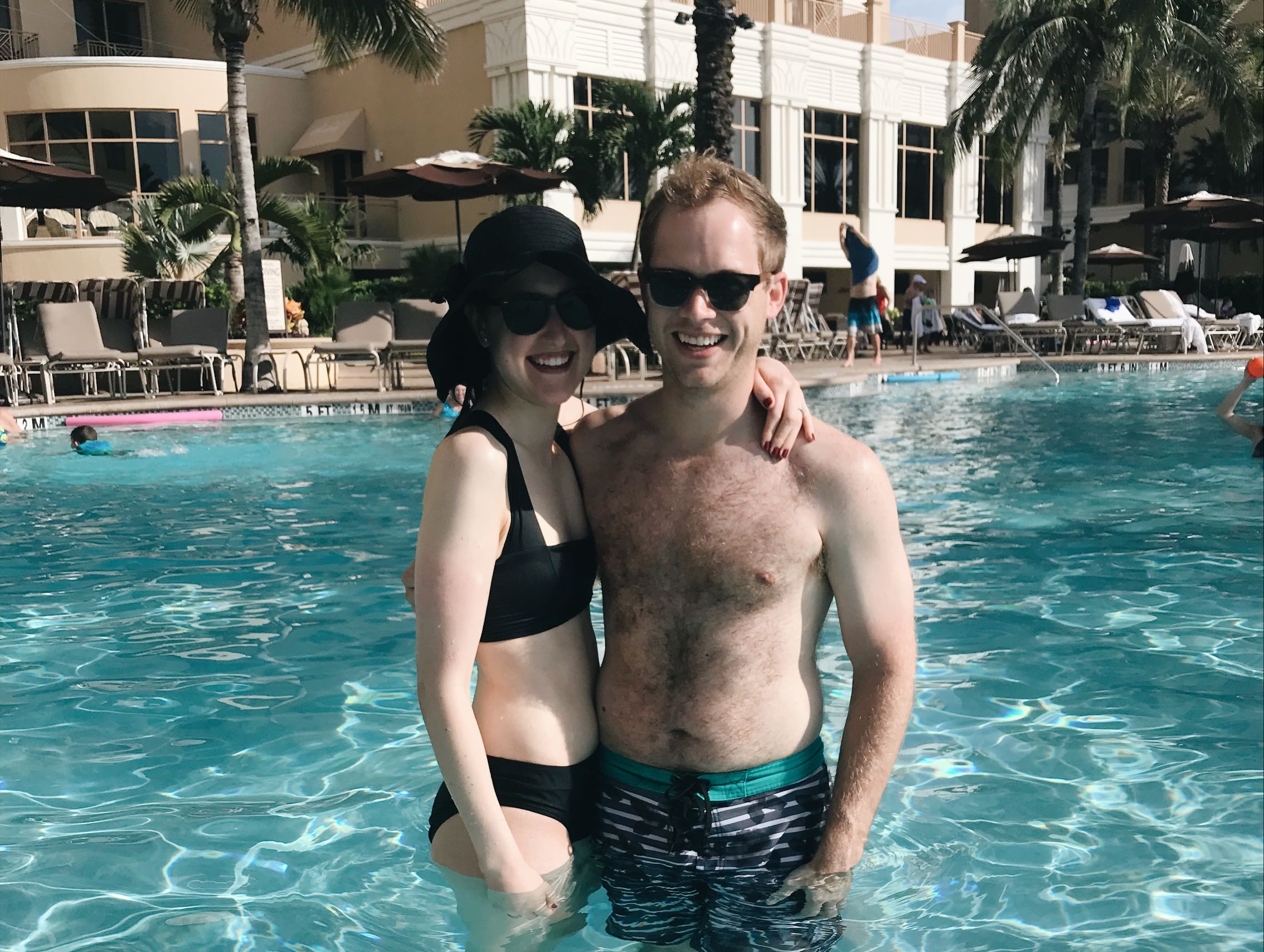 Thursday night was the last hurrah — a sunset dinner on the beach. The storms were gone at last, leaving thick, humid air behind. (As soon as I walked out onto the green, my perfectly blow-dried hair frizzed up. Of course.) Still, the night was beautiful, and I finally felt like I was known — like I was a part of this group.

For as long as I can remember, social situations have made me uneasy. I love people — I do! — but the idea of flying somewhere new with a group that seemed so close-knit was paralyzing. But on Thursday evening, I could be myself. People who I’ve respected for years were coming up to talk with me and congratulate me. I couldn’t believe how much better I felt, two days in. 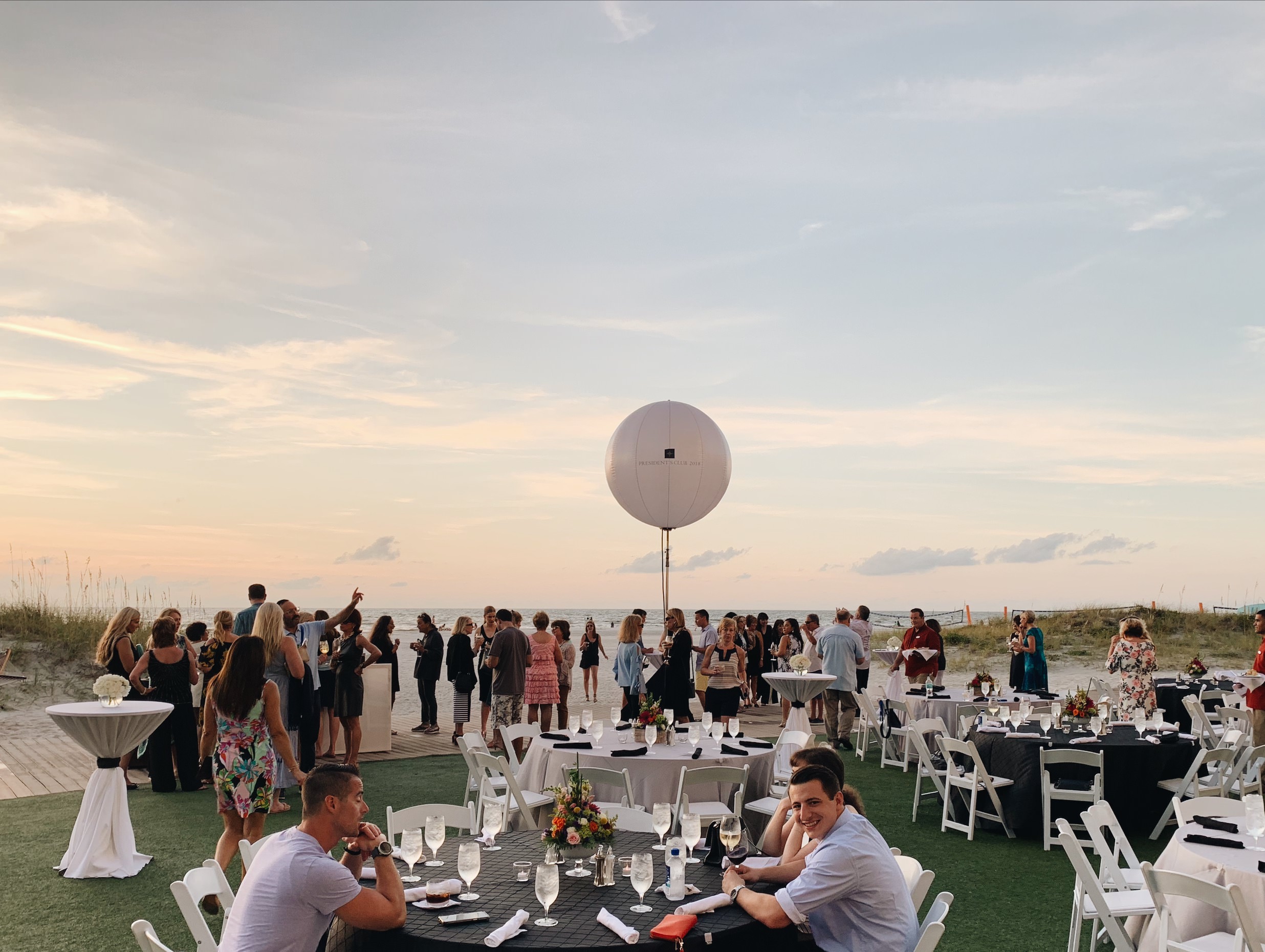 Andrew and I joined in for one more drink at the tiki bar that night. Near midnight, we knew it was time to sleep. The airport car would be arriving in six hours. I hugged a few people goodbye, and we were off to bed.

As our plane soared to Chicago the next morning, I thought about my company, my colleagues, my new President’s Club family. When I decided to try real estate, I joined a Coldwell Banker office (at the time, CB Gold Coast) without interviewing anywhere else. I never hesitated. There was something about the people at CB that made me feel at home. They were kind-hearted, curious, knowledgeable and dedicated.

This is true for the agents I met last week at the President’s Club retreat. I remembered what drew me to the storied company four years ago. Coldwell Banker isn’t about flashy marketing, cool apps or fancy signage. Coldwell Banker is about people.

I am proud to be a part of this brokerage, and so very thankful for my week at the beach. 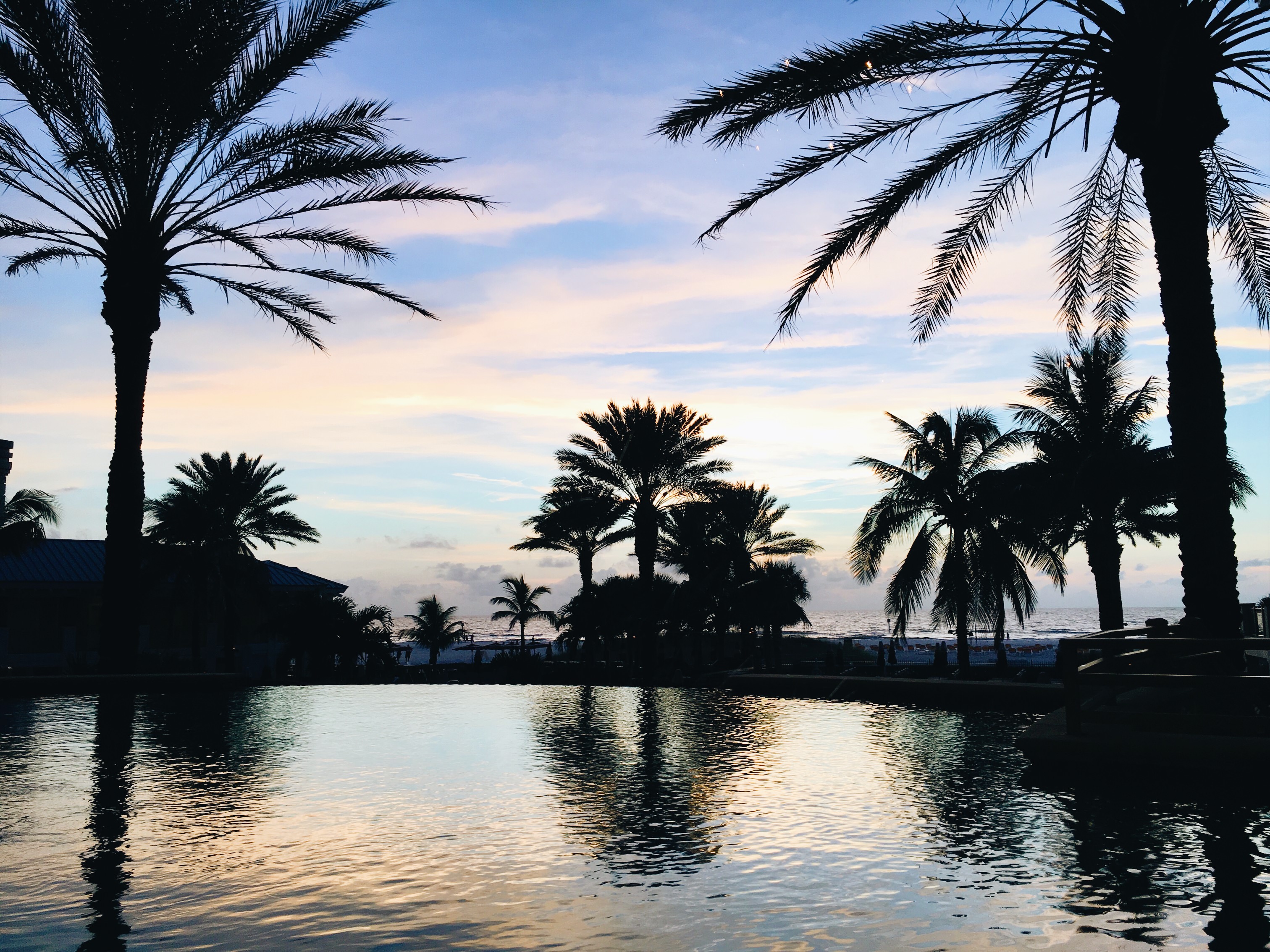 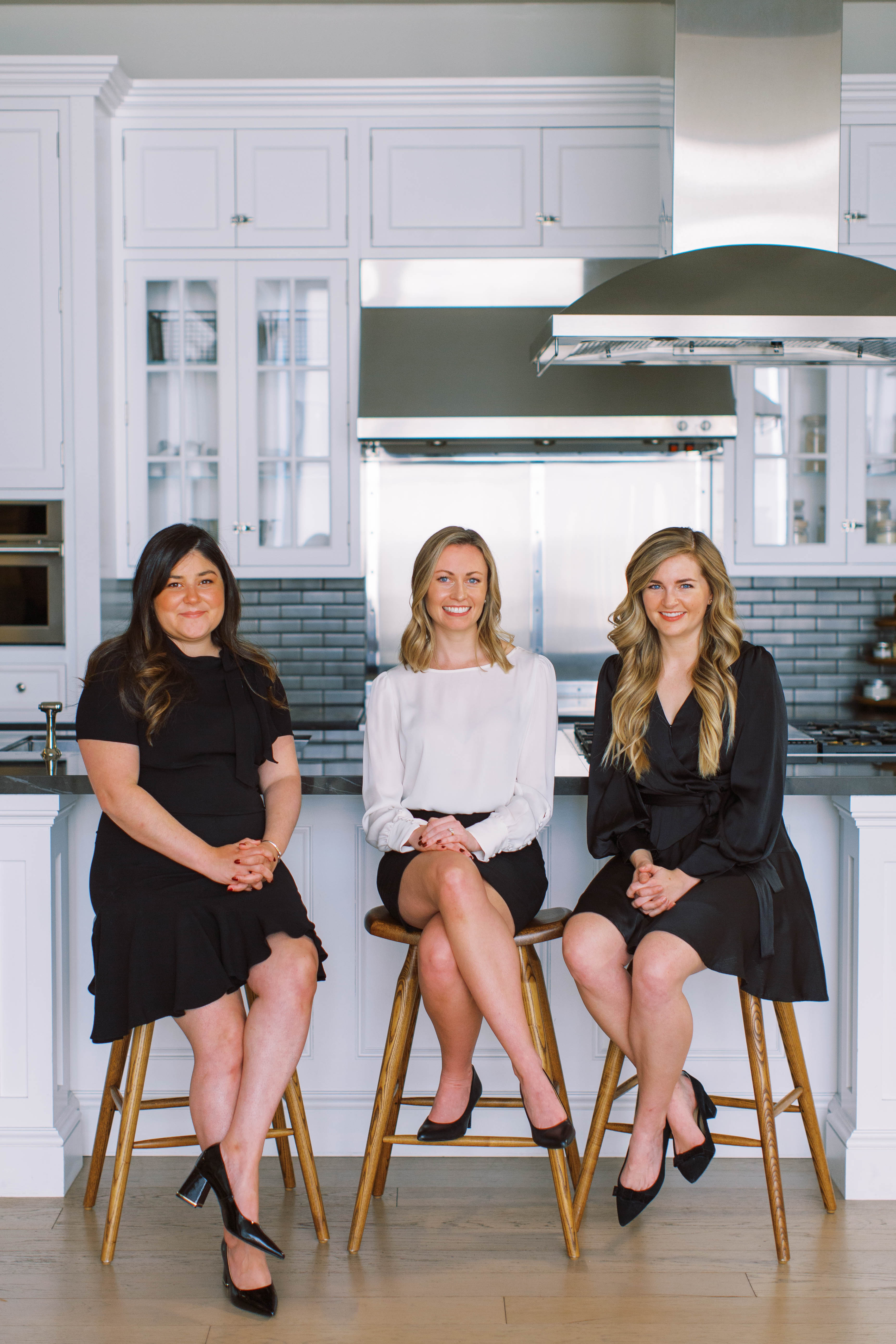 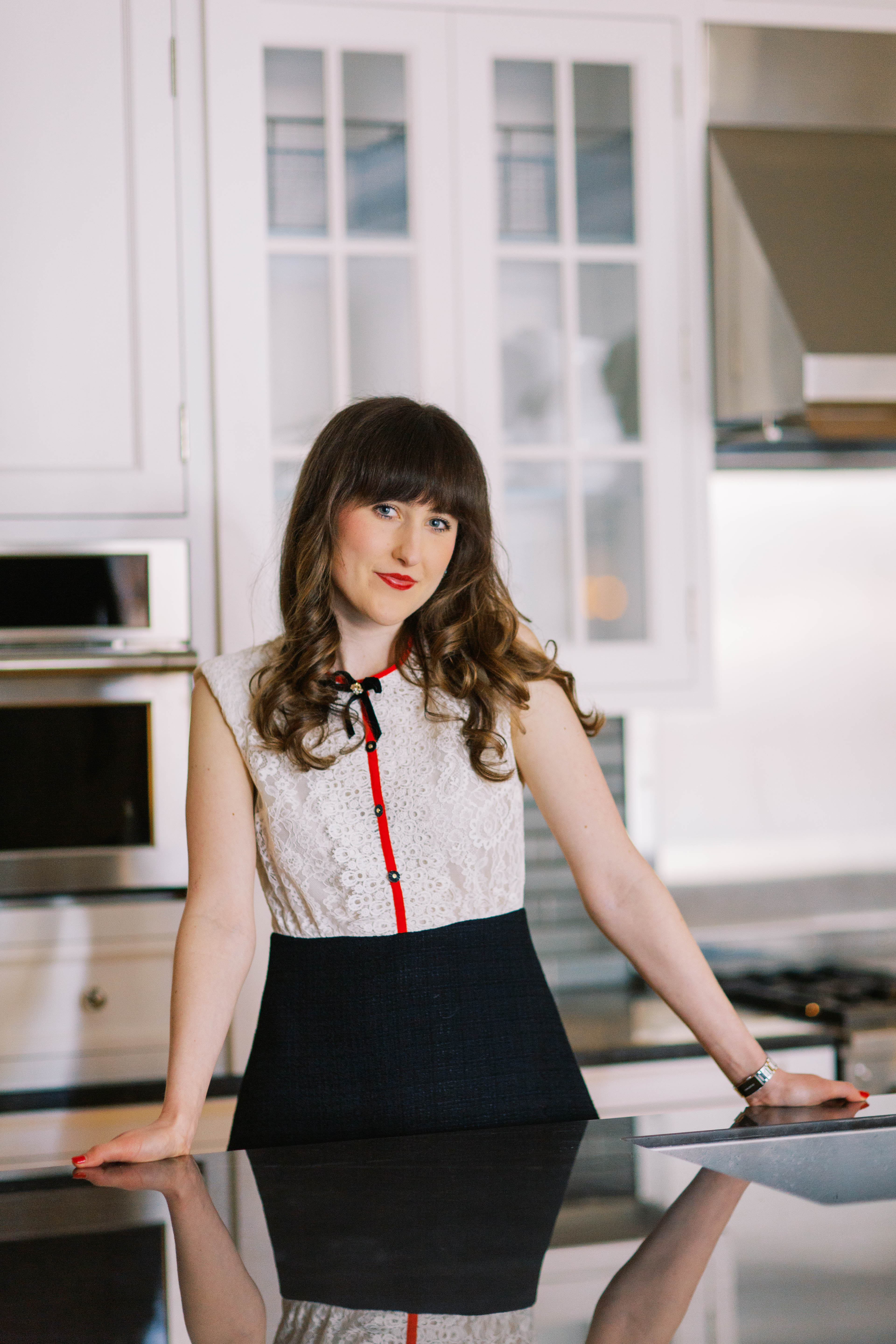 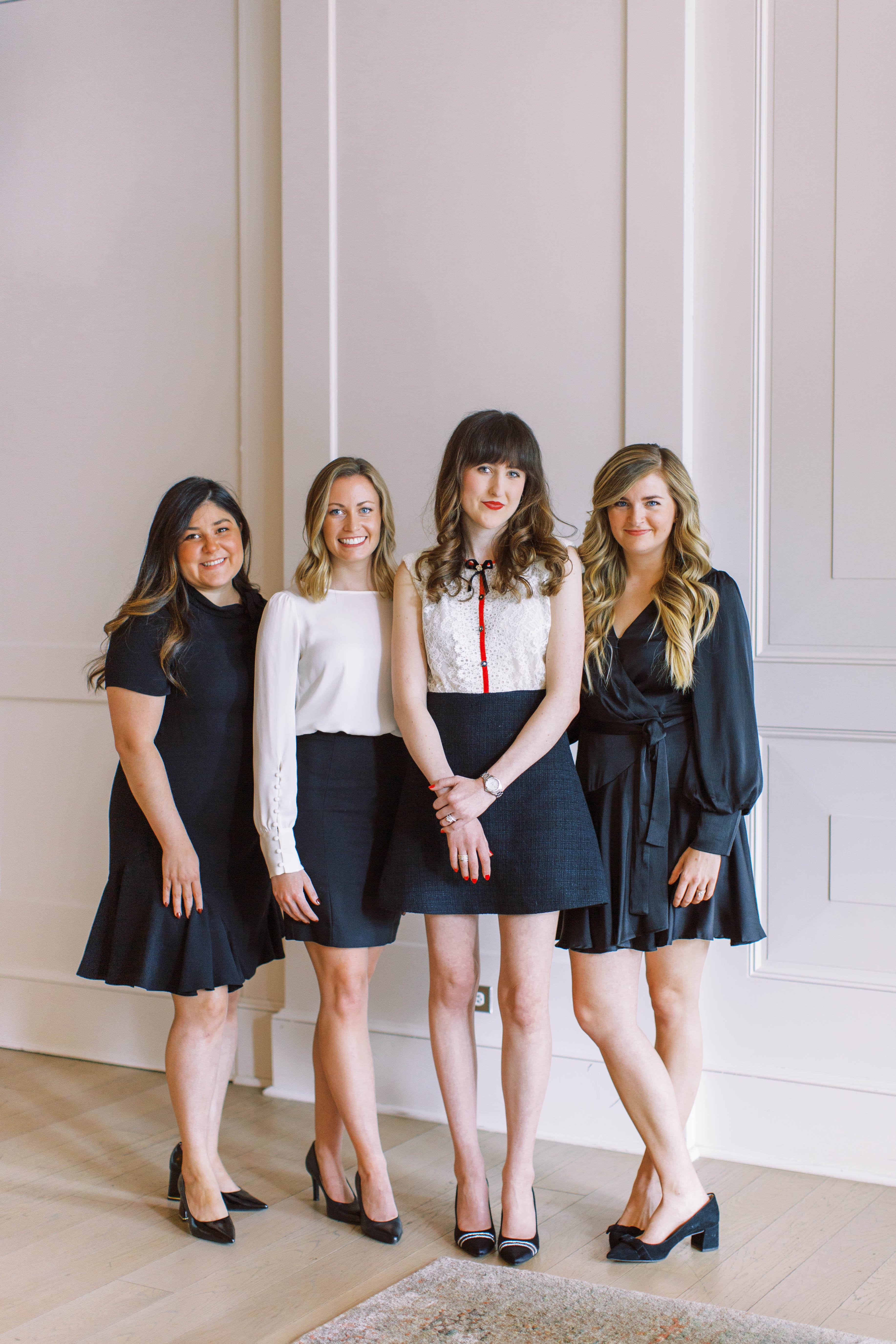