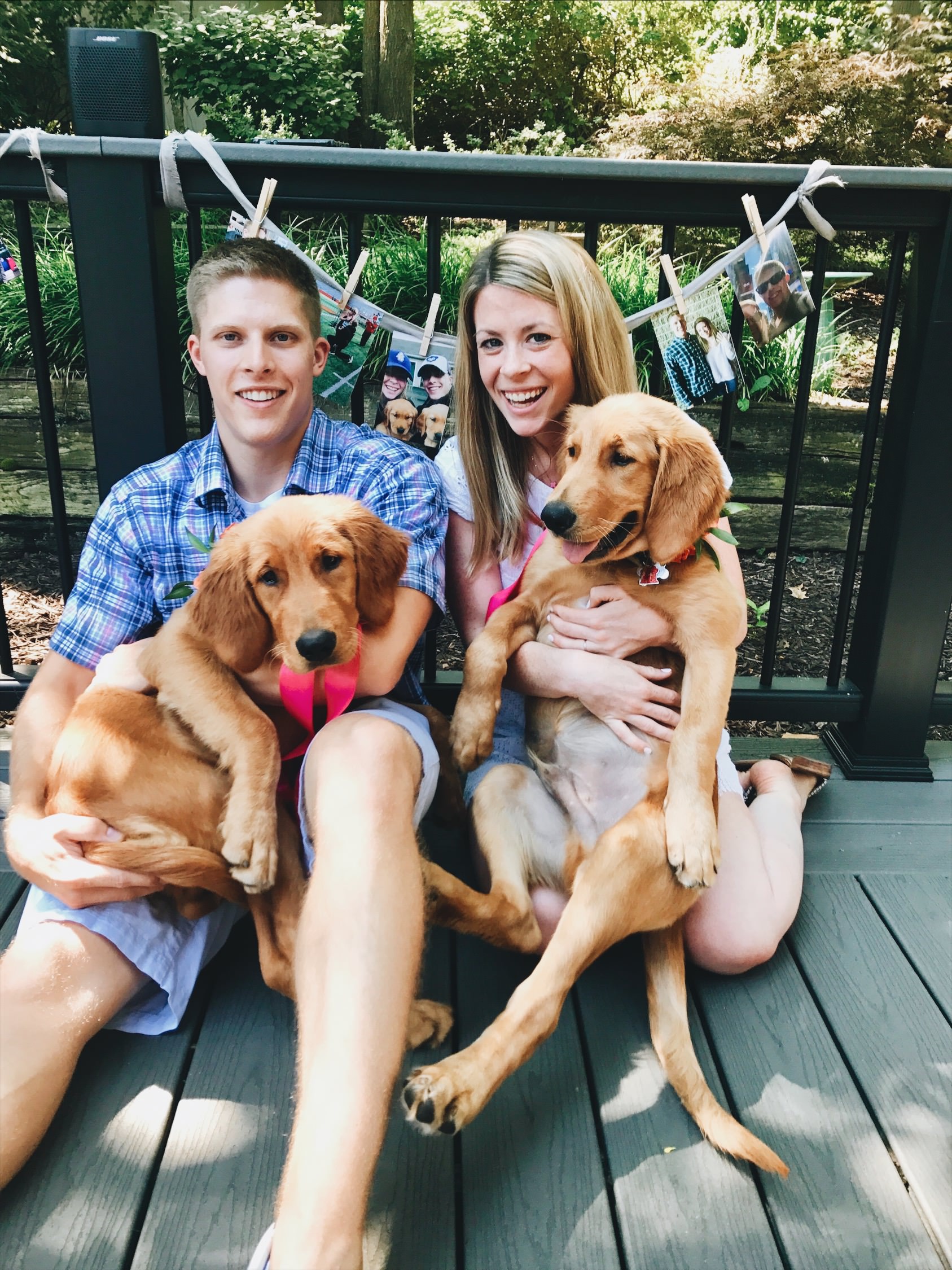 I really love working with couples, but I especially love when a couple gets engaged during the house hunt. That’s what happened with Brent and Moira.

Moira and I have been Facebook friends for years, but in classic millennial fashion, we’d never met in person. She contacted me this past winter about searching for a condo with her boyfriend, Brent. We began in the West Loop and eventually directed our attention to the South Loop.

Brent and Moira picked a sunny, sleek loft on Michigan Avenue with a view of the dog park (they didn’t have a pup, but were hoping to adopt). They made an offer on the condo, and soon enough, we were under contract.

Somewhere between the inspection and final walkthrough, something major happened: Brent proposed to Moira! He got down on one knee at the finish line of the University of Illinois marathon — the campus where they met.

The closing was in May, and since then, Brent and Moira added two puppies (Butter and Boomer) to their family. I am overjoyed for all that’s gone on in their lives this year. 2017 is one for the books.

Moira sent me some photos of the finished product, and I’ve got to say, their place is a ten. Congratulations, you guys. 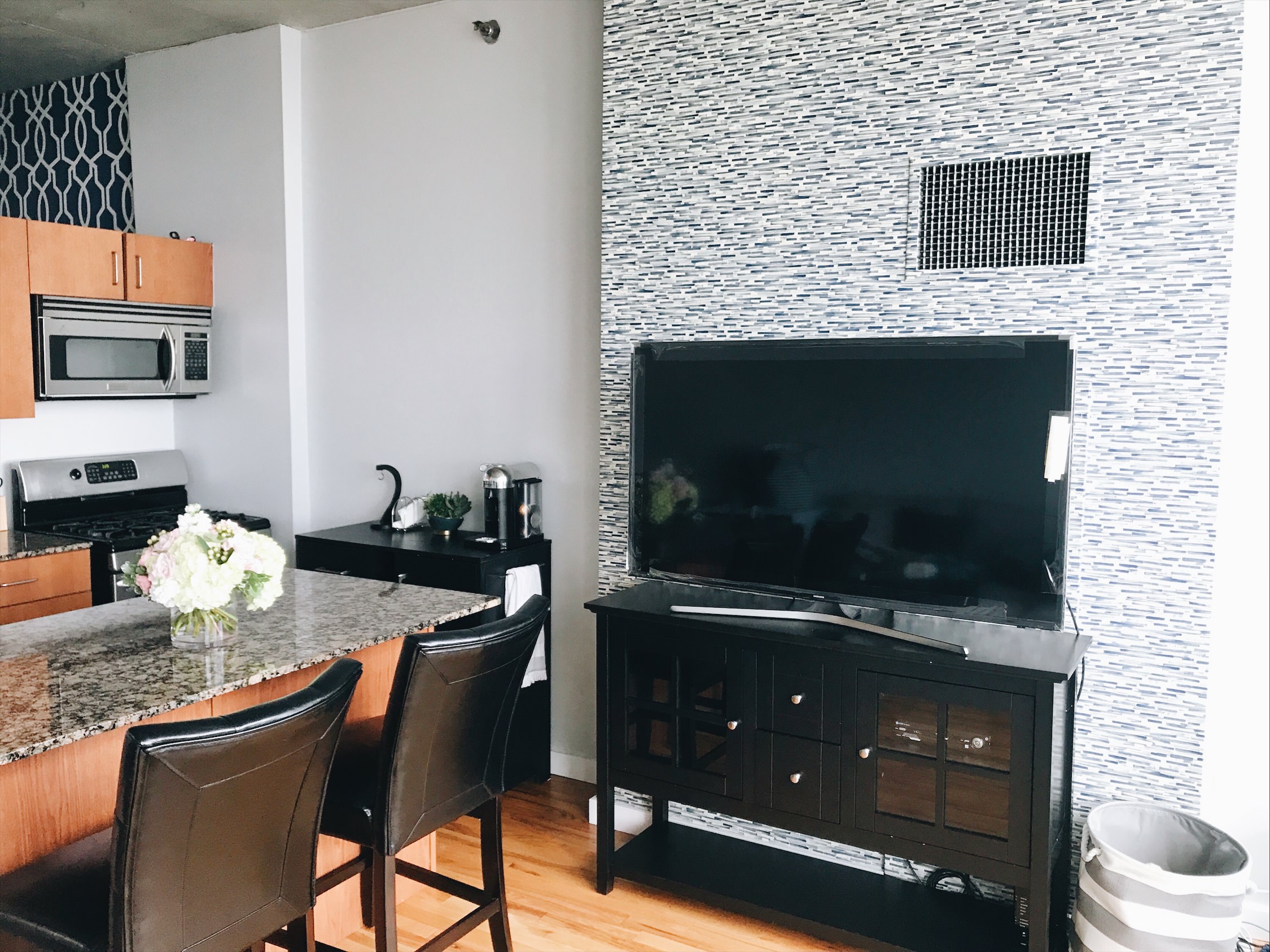 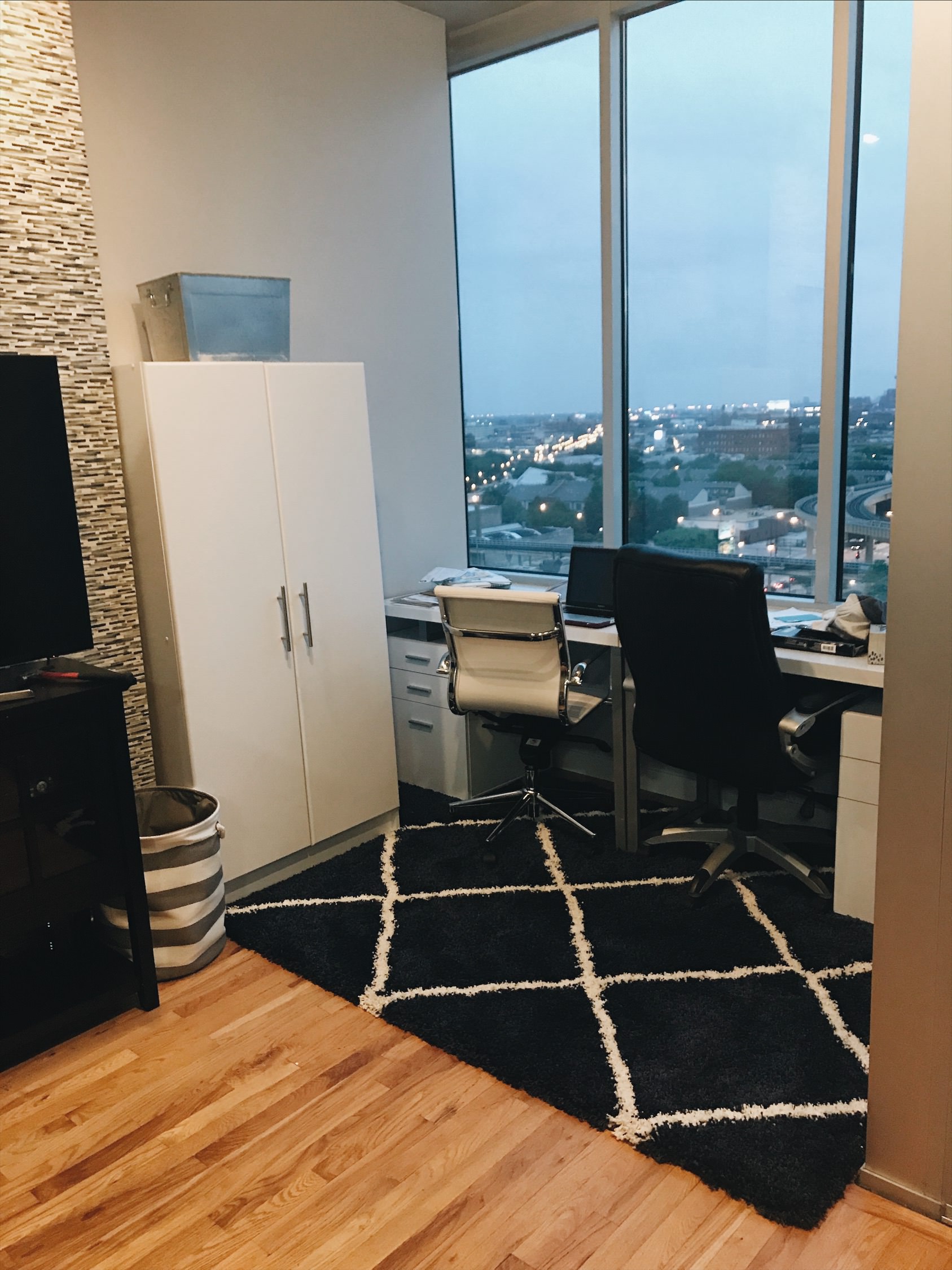 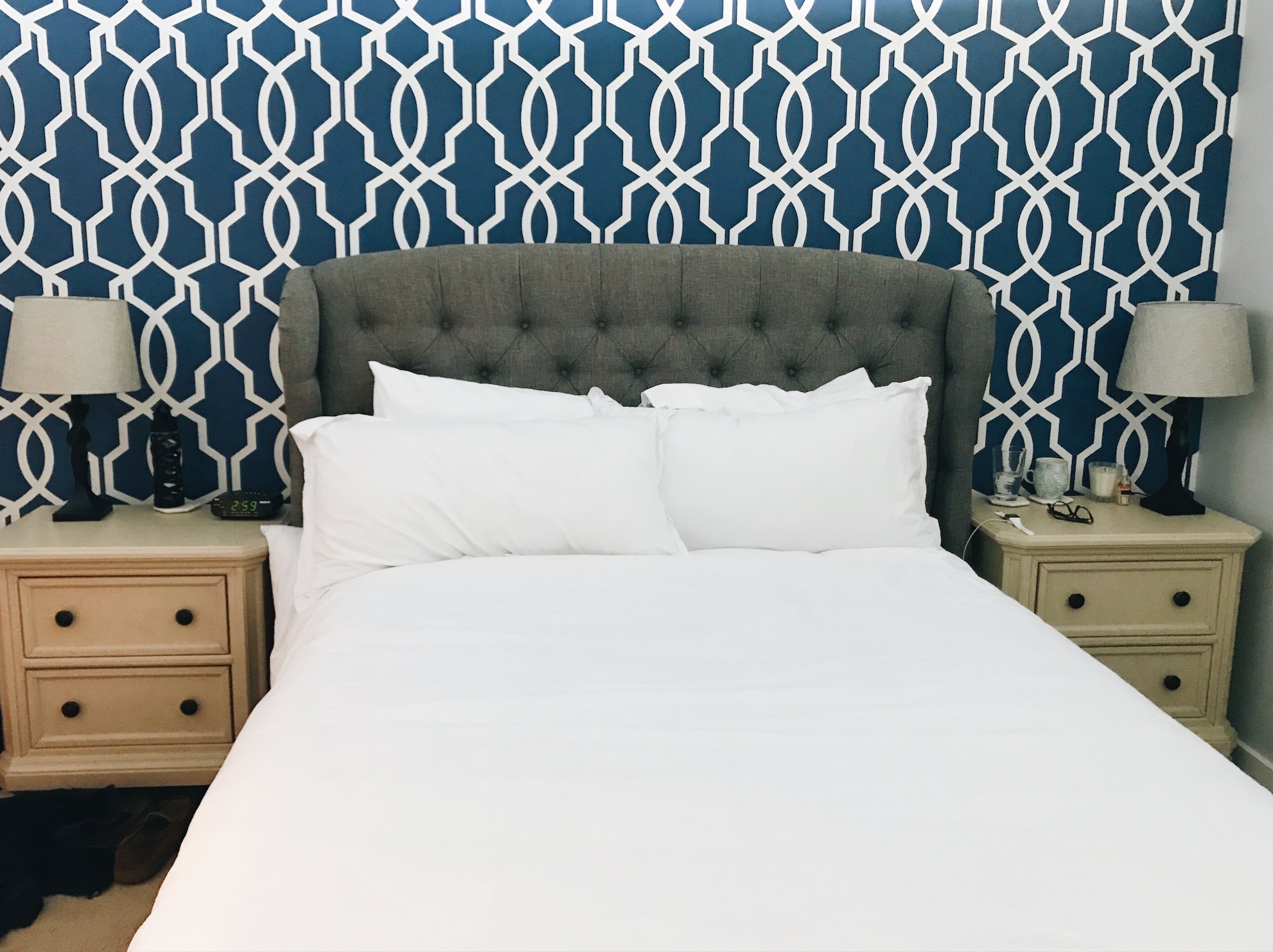 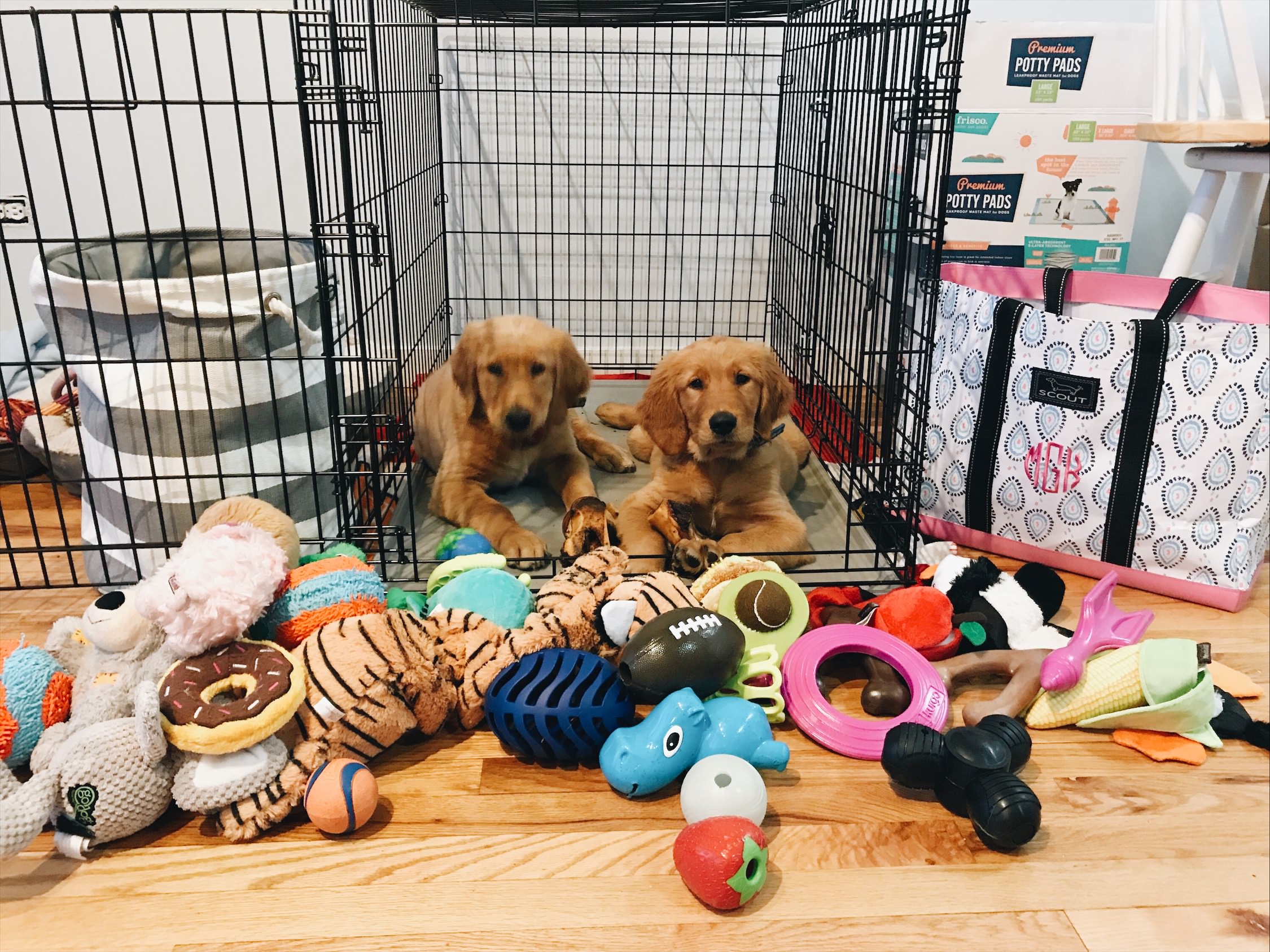